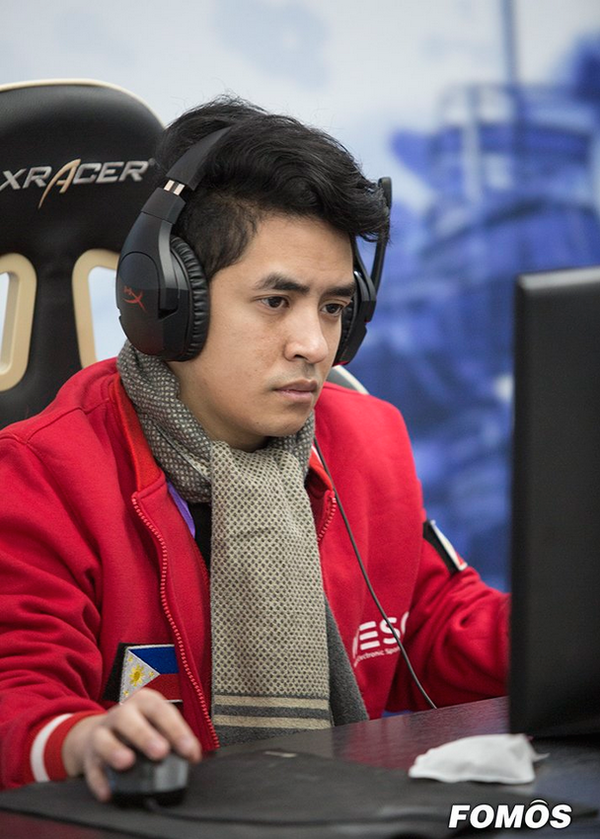 Caviar "EnDerr" Marquises-Acampado (born December 2, 1992) is a Filipino Zerg player who is currently playing for Juggernauts.

He is a multiple WCS Challenger player, and have won multiple OSC tournaments.

At the South East Asian games of 2019, EnDerr won the first ever Gold Medal in an Olympic event for StarCraft when he beat Blysk 3-1 in the Grand Finals. The previous event most commonly thought to be StarCraft's first Olympic Gold medal, won by Scarlett, was not officially an Olympic event, as it was an event "leading up to the Winter Olympics".

Prior to playing StarCraft II, EnDerr was a notable premier StarCraft: Brood War player who began competing at the young age of 12.

In April 2011, EnDerr participated in the PCX-Mobius Power Cup 2 to try out his skill once again. EnDerr got knocked out midway by Nigel "zIM" Zalamea. One week later, EnDerr made his presence felt by everyone in the SEA competitive scene by winning SEA Masters Cup 2. He took down RedArchon 2-1, Beethoven 2-1, JazBas in the semifinals 2-0 and then followed by Maltiso with a 3-1 in the finals. Another week later, he redeemed himself of his past failures by taking the gold in the AZK StarCraft II Open tournament where he met JaBiTo again in the finals.

On July 29, 2012, EnDerr participated in the World Championship Series: Southeast Asia Nationals. After defeating JaBiTo in round one, EnDerr fell to RedArchon in the second round and fell to the losers bracket. After overcoming JaBiTo again, he met RedArchon in the finals and won with a score of 2-0, 2-1.

Having fought his way through the Open Bracket, EnDerr would make it to the group stage. Here he lost all of his games, going 0:5 (1-10 on maps), finishing his group in last place and being knocked out of the tournament.

With the release of HotS, EnDerr cemented himself as one of the top players in the Philippine SC2 scene, finishing first place in the MSI-TNC Gaming Cup (SC2:HotS) for seven consecutive legs and the GMPGL SC2 Season 5 PH for six consecutive legs, as well as top finishes in other local tournaments.

Garnering the highest number of points in the GMPGL SC2 Season 5 PH Rankings, EnDerr was seeded into the Season 5 PH Finals where he was able to grab the championship and earn the chance to represent the Philippines in the World Cyber Games.

EnDerr played in all 3 SEA/Oceania qualifiers and achieved mixed results. In Season 1 he made his deepest run, achieving 3rd place and a challenger seed, fighting from round 1 of the loser's bracket after falling 0-2 to Probe. In challenger league, he was matched against American Terran Neeb, where he unfortunately went down 1-3.

In Season 2 EnDerr made a surprise exit from the qualifiers in the Round of 12, losing to Crimson 1-2 in the winner's bracket, beating Lobo 2-1 in Loser's Bracket Round 1 and falling to mOOnGLaDe 1-2.

In the final season of 2014, EnDerr again fell down in the first round of the winner's bracket to Probe, this time 1-2. He took down Lobo and Frustration before falling to Alopex 0-2.

2015 marked a strong start for EnDerr, qualifying for Challenger once again. He achieved 4th place in the qualifier, this time taking down Vivid and DemiLove 2-0 before falling to the loser's bracket, courtesy of PiG 1-2. A 2-1 against Blysk captured the challenger seed and a 1-2 against iaguz sealed his 4th place finish. In Challenger, he was seeded against iaguz (based on WCS points for 2014) and put up a strong fight, but ultimately lost 2-3 to the Australian Terran.

To finish off the year, EnDerr had one of his best showings in an international tournament to date. In IeSF's 7th e-Sports World Championship he started the first 2 days of competition with an undefeated 8-0 record, where he went 2-0 over Zanster and NightEnD. He lost in the semi-finals to eventual winner Serral, which set him up against Has for the 3rd place match. Artosis said "this was the match that was talked about during the tournament, where both players are really aggressive. I can't wait." They did not fail to deliver as the series went the full 3 games with EnDerr winning 2-1.[1]