Engineering Bay (Legacy of the Void)

This article covers the current multiplayer version of this building. For another version see Engineering Bay (Wings of Liberty and Heart of the Swarm). 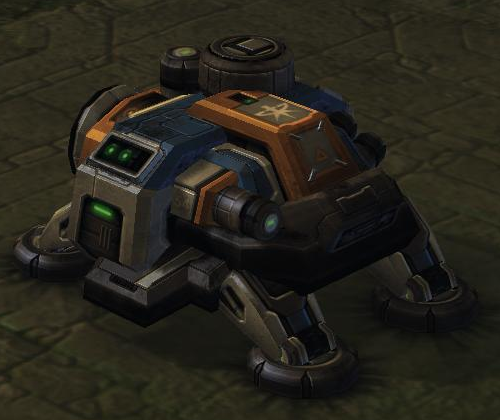 The Engineering Bay (commonly abbreviated as E-Bay or Engi-Bay) is a structure in the Terran Tech Tree which requires a Command Center before it can be built. The Engineering Bay is the research center for Infantry Weapons, Infantry Armor, Hi-Sec Auto Tracking and Neosteel Armor. It also unlocks the Missile Turret, the Sensor Tower and the Planetary Fortress so building an Engineering Bay is common even if infantry units are not used.

Unlike its Brood War counterpart, the Engineering Bay cannot Lift off in StarCraft II.