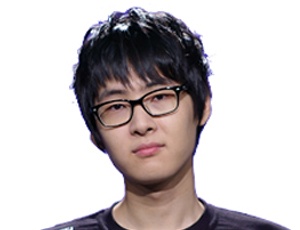 He is now active as a coach in League of Legends and currently coaches for SK Telecom T1.

Ensnare was widely considered one of the strongest South Korean Terran players during the beta.

Ensnare's first major result was coming second in the WTA Takedown! after losing the finals 3-2 to TheStC.

As of the 2011 October GSL Season, Ensnare has played in every Code S season since its inception. His most notable result being reaching the Round of 16 in GSL March after defeating NesTea and BoxeR in the group stage.

Ensnare lost to GanZi and Leenock in the 2011 GSL November. Placing last in his group, he would drop down to Code A.

In his first Code A match during the 2011 GSL November Round of 48, he was defeated swiftly by Cezanne.

On February 8, 2011, for the 2011 GSTL February, oGs sent out Ensnare as their starting player against IM. He wasn't able to take out IM's Seed and allowed IM to take the lead at 1-0.