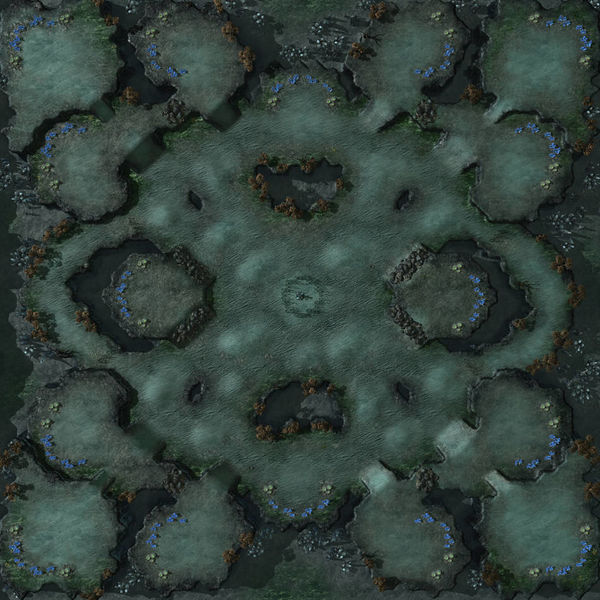 Entombed Valley is a map created by Blizzard added for season 5 of the Battle.net Ladder. Their official description is:

We’ve seen that rotationally symmetric four-player tournament maps can provide an advantage depending on where you start compared to your opponent and which races are involved in the match-up. This is feedback that we received from the community as well.

Our goal with this map was to address that issue. Whether you start horizontally, vertically, or diagonally, the game should be almost completely symmetric for both players. Also, no matter where you start, we were focused on minimizing features which tend to favor a specific race such as certain races experiencing challenges expanding beyond two bases, air-to-air distances which are too short between starting locations, the center path being the only viable attack route, or too many choke points.

Expand outward from your base taking your close easily defendable expansions, but watch out for the center Xel'Naga Watchtower as it watches over most of the center paths.

Barkspawn has created a guide for Protoss Forge Fast Expand on Arid Plateau and Entombed Valley.