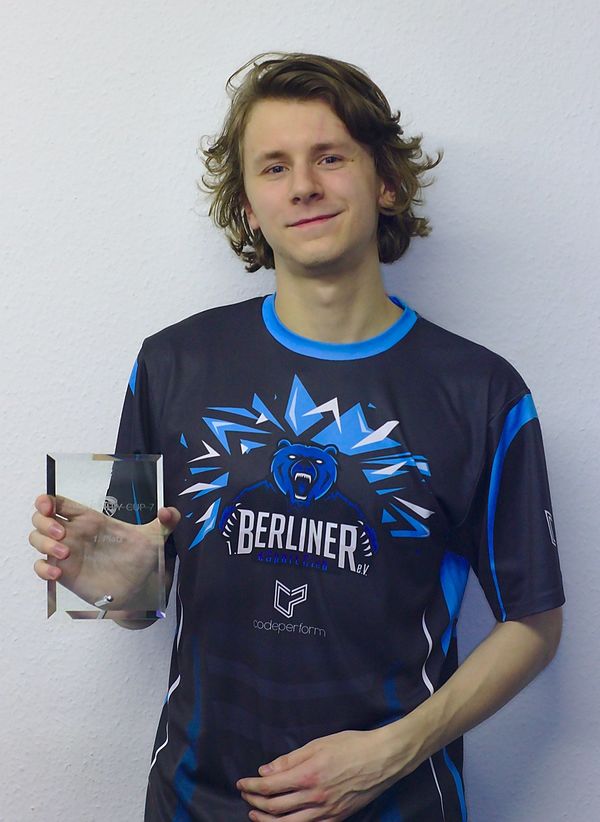 Yannis "EonBlu" Klingele is a retired Zerg player from Germany, currently he is a coach for 1. Berliner eSports Club e.V..

EonBlu only started playing actively towards Competition once Legacy of the Void released. He started playing in offline qualifiers for WCS tournaments in the middle of 2017 and continued travelling to qualifiers in Europe mostly for fun. He played in the IEM World Championship 2018 in Katowice as a replacement for Billowy [1] and continues his replacement career with replacing Bly at Homestory Cup 17[2] and Nerchio at Homestory Cup 19[3].

Since February he is playing for the 1.Berliner eSports-Club eV as the best player and tries to represent his team as much as possible. He attends Homestory Cup 17 and Dreamhack Valencia for BeSC.

In September 2019 he announced his retirement as a player and became a coach for 1. Berliner eSports Club e.V..[7]

Even after officially stopping to pursue the professional career EonBlu continued to play. In 2019 he achieved a second place in the Starcraft Vereinsliga: Season 1 a cup created for registered associations in germany with a Starcraft team falling only short to HolyHit thus ending a streak of wins versus HolyHit.