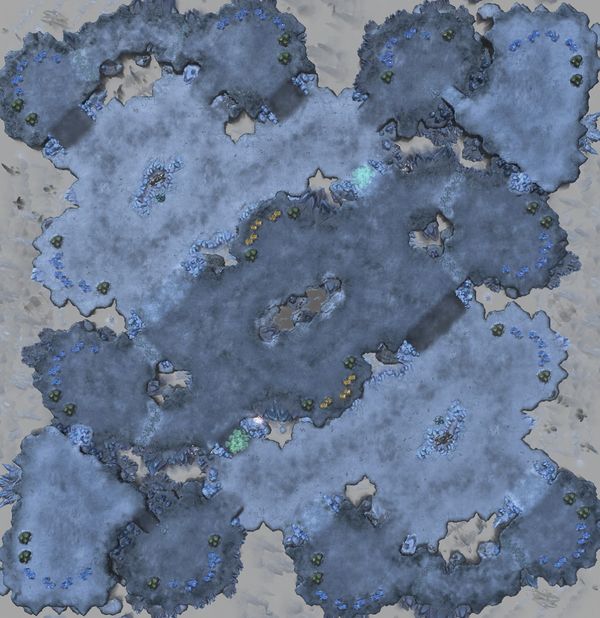 Expedition Lost is a two player map created by algue, chosen by Blizzard for the 2015 Season 1 ladder.

One strong features in this map is the choice it presents in taking a third base. One option is easy to access but far away and very open. The other third base is closer, but requires that you break the rocks in the main to easily access it.. Also, the placement of the collapsible debris leading to the center high ground location vs. the wider, further away ramp makes this map very unique and different from what we're used to seeing on the ladder. We were looking for a balanced yet different in gameplay map, and this felt like the strongest choice out of the community maps we looked at this season.[1]