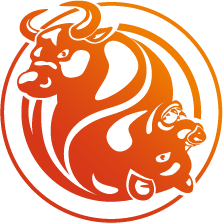 FXOpen e-Sports was the competitive gaming division of the forex trading company FXOpen.

In early December 2010, FXOpen, a Forex trading company, announced their intention to own and manage a competitive StarCraft II professional team. This branch of FXOpen, dubbed "FXOpen e-Sports", was formed not only to host and sponsor events like the FXOpen Path of Ascension, the FXOpen Invitational Series and the FXOpen KOTH, but also to support a competitive team with a view to furthering e-Sports.[1]

The team began with a focus on South East Asian and Oceania scenes, as the team owner, FXOBoSs worked for the Oceania division of FXOpen. FXO has since expanded to the South Korean scene by acquiring the Korean team For Our Utopia in July 2011.[2]

FXO also sponsored the Russian team Guild of Imbalance, sporting the tag Imba.FXO featuring players such as Brat_OK, Strelok, LoWeLy and HappyZerg. In March 2012, FXO and the Guild of Imbalance stopped their collaboration, and the competitive players, together with management of Imba.FXO became the new European division of FXO.[3]

In October 2012, FXO also absorbed the American Team Legion, which was shutting down due to financial difficulties, become FXO's North American division, including the Legion Gaming Community, management and League of Legends squad.[4]

The European division became the StarCraft II team of Natus Vincere in April 2013 with the latter organization being sponsored by FXO,[5] whilst the North American division disbanded in August 2013.[6]

On the 1st of November, the remainder of FXOpen e-Sports, that is, the Korean StarCraft II and Dota 2 division under Choya's leadership reverted to their former team fOu after FXO stopped sponsoring the team.[7] 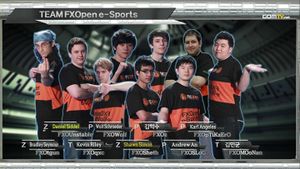 During 2011 FXOPen e-Sports held a number of professional StarCraft 2 events. Their first two tournaments - an open tournaments and an invitational - served as a test run for future events to come in 2011. The invitational series continues, and a King of the Hill style tournament has since been added to the list of FXOpen managed events.
For Detailed Information Click Here