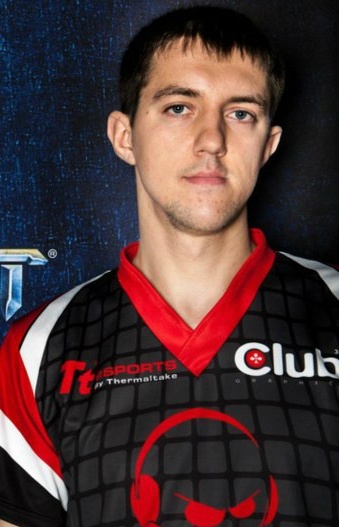 Fargo has played Terran since the beta. He has strong micro, helped in part by his experience with Command & Conquer. He has said that his macro needs a lot of work. He commonly streams his ladder games, custom games, and tournament games. The Lithuanian Terran has played for several teams since the beta.

In March 2011, he spent a few days with Team LDLC before joining Sypher, but eventually ended up with against All authority that April.[1]

On June 30, he was fired by the team's board, allegedly because of his lack of will to fit in the team.[2]

He was later picked up by VPGamers as part of their expanding European division.[3]

On September 22. Fargo joined CheckSix Gaming along with the rest of VPGamers after the two teams merged.[4]

He transferred to Team Infused on February 14.[5]

In April, Fargo travelled to Denmark to compete in the Copenhagen Games Spring 2012. He managed to achieve a 5-8th place finish, losing to Kas in the quarterfinals.