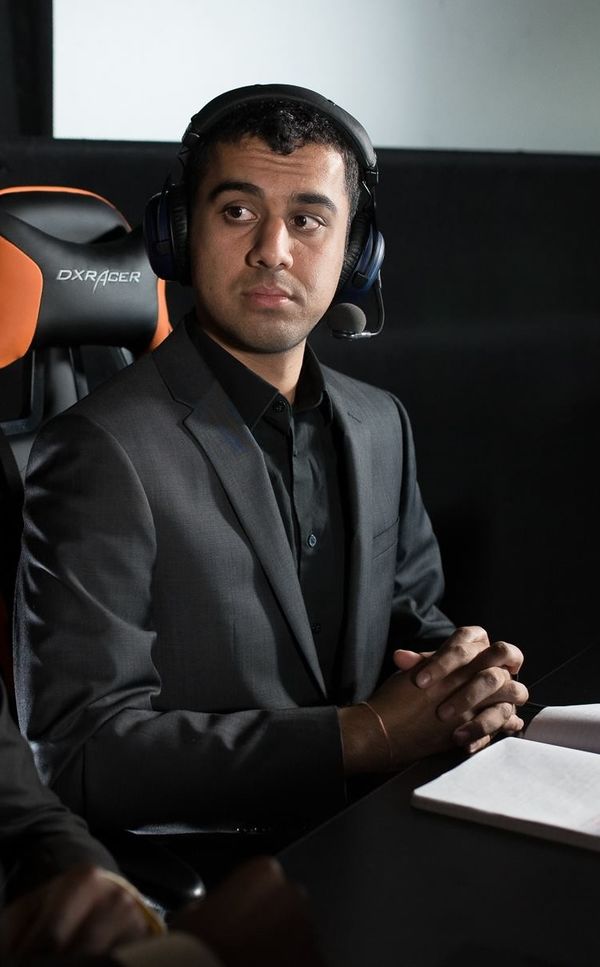 feardragon started Starcraft back in 1998 upon the launch of Starcraft: Brood War. After moving away to other interests, he returned as a casual player on ICCUP(D) and occasional viewer of professional Broodwar games in 2008. Between 2008 and 2011, he was heavily involved in the competitive Super Smash Bros. Brawl community.

Upon the release of the Starcraft 2: Wings of Liberty Beta, Pareek received an early invite and began playing. Eventually, he began commentating for Purdue University's Collegiate Starleague Team and began his youtube channel. For a short time he ran an event called Balance Battles on a weekly basis, which involved pitting players of different skill levels against each other and giving the higher league player a handicap.

Eventually, during an internship at Amazon in the summer of 2012, he commentated a few internal events involving Amazon's After Hours Gaming League Team, leading into later official and unofficial AHGL Season 3 commentaries.

During the Fall of 2012, feardragon began commentating for the Under Rated Team League Season 1. He was later asked back on as a caster for Season 2 in Heart of the Swarm.

Throughout Heart of the Swarm, feardragon has continued to freelance commentate for various events including the Under Rated Team League Season 2, the After Hours Gaming League Season 3, and LaG Gaming's $1000 Tournament qualifiers.

feardragon began focusing more heavily on the semi-pro NA scene in 2013 when he started his show, Breaking Out that highlighted up & coming North American players. This show featured names such as JonSnow, Kelazhur, PiLiPiLi and more. The show featured a mix of interviews, activities and commentated games and each season lead to an 8 player ~$2000 tournament called The Breakout Invitational with the highlighted players and guest commentary by names such as INcontroL, Day(9) as well as some others. The show ran for 4 seasons before it was put in hiatus due to scheduling conflicts and lack of time.

feardragon was a regular caster for the 2014 Deimos Esports Team League that took place from January 31st to April 13th.

In June of 2015, feardragon began running a tournament called NA Ladder Heroes that awarded players money and spots to a monthly finals for playing on the North American ladder. This even soon transitioned to Legacy of the Void in November of 2015.

Soon after the launch of Legacy of the Void, feardragon's project Ladder Heroes secured a sponsorship by Blizzard resulting in an increase in prize pool as well as expanding to the European region with EU Ladder Heroes.

In January of 2016, feardragon joined BaseTradeTV as an official caster. He covered a variety of events on the channel while continuing his own projects separately before finally departing in September of 2016.

Pareek was hired to cast his first pro offline tournament in March of 2016 at Cheesadelphia 2, which was immediately followed by Kings of the North 2016 the subsequent weekend. He continued to cover these smaller North American LAN events in their following iterations until he was eventually brought on to cover his first premier event, 2017 WCS Valencia in July of 2017. The following year he was invited to commentate again at 2018 WCS Austin in June and 2018 WCS Montreal in September of 2018.

feardragon frequently uploads his thoughts on SC2, the esports industry at large, and more to YouTube under the vlog series Modest Musings.