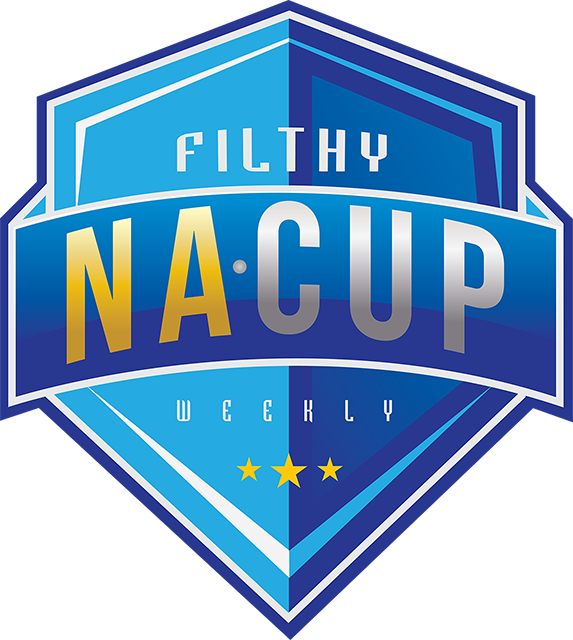 The Filthy NA Cup Weekly is a weekly American online tournament for StarCraft II players produced by FilthyRake.
Hosted every Saturday afternoon, the Filthy NA Cup Weekly is a single elimination event, run on the Americas server with a $100 prize pool. Most weeks are restricted in participation to only Citizens of countries in the Americas, however every 4th week participation is opened up to Global players with a $200 prize pool.
Since January 2018, the tournament was moved from friday to wednesday and feardragon started casting it taking over from The Gauntlet.[1].
On March 28, 2018, FilthyRake announced that the series was officially discontinued. [2]
On March 28, 2018, it was also announced that a $1,000 Final Event was to be played on May 5, 2018.[3]

Single-elimination tournament with the following setup:

Vetoes work as below:

The player whose name is higher on the bracket decides if they are A or B.

Vetoes for finals work the same, but with only 1 veto each instead of 2.

Every 4th week (with the first such event being on February 13 for 2016 and March 3 for 2017) is a Global event, open to all players but still run on the NA server. These events award additional prize money and OSC points.