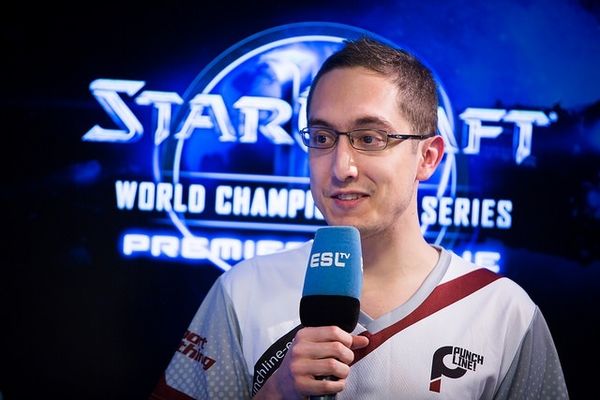 Sébastien "FireCake" Lebbe is a retired Zerg player who briefly switched to Protoss before giving up professional play. He is currently streaming on full time on Twitch while managing Team RevolutioN's content.

Notably, he qualified for WCS France 2012 and placed 8th beating Kenzy and Adelscott.

In May 2013, FireCake qualified for the WCS 2013 Challenger League Europe Season 1 overcoming players such as Snuffe, MarineLorD, Tarrantius, ShoWTimE and LiveZerg. There, he managed to maintain his Challenger League status for Season 2, losing to Bly then placing 3rd in his group, with losses to ThorZaIN and MaNa and a victory over Bischu.

In Season 3 he lost against MC and StarDust but managed to keep his Challenger League status by beating BlinG and MaNa. His last match against MaNa lasted nearly three hours making it the longest pro StarCraft II match in history at the time.[1]

In January 2014 he qualified for the WCS 2014 Premier League Europe Season 1 by defeating Strelok 3-1.

In WCS 2014 Europe Season 3 Challenger League, he lost 2-3 against Serral, and did not qualify for Premier league for the first time in a year.

In 2015, FireCake succeeded to qualify for Challenger League, and then beat Starbuck to reach for the fourth time the WCS Premier League, being the last remaining French player in this edition. He managed to reach the Round of 16, taking a map from ForGG and winning against puCK twice. In the Round of 16, FireCake defeated MaNa but lost twice against Polt, the future winner of WCS Premier League 2015 Season 1.