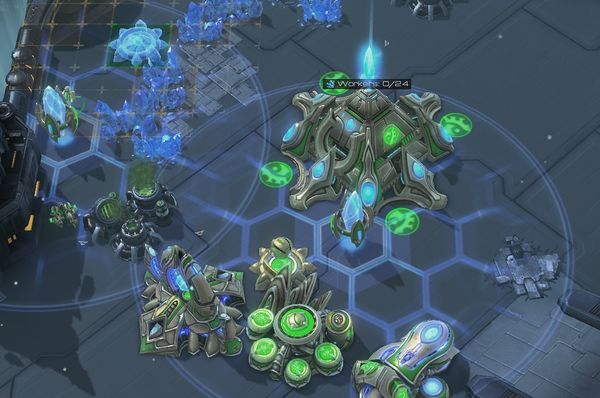 This opening relies on Photon Cannon(s) and a wall-in to hold off any Zergling pokes that the Zerg opponent might attempt. This prevents the Zerg from being able to pressure the early expansion timing, allowing the Protoss player to Tech up and boost their economy at the same time. The strength of this build is the sheer number of transitions that are possible. As Stargate transitions, Robotics Facility transitions and fast Forge/Twilight Council upgraded Gateway pushes are all possibilities, it can be very hard for Zerg to correctly respond.