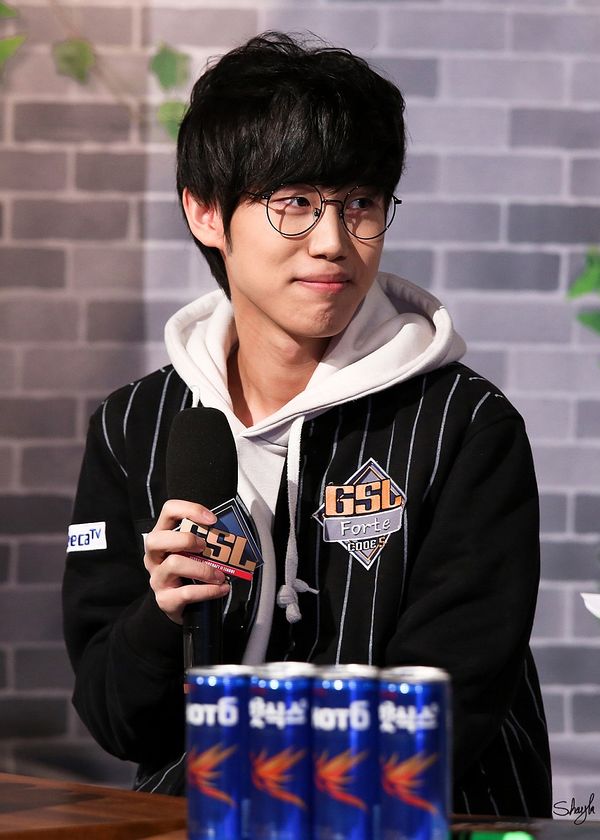 He was previously known as SalvatioN.

On March 11, in the 2012 Global StarCraft II League Season 1 Preliminaries SalvatioN has made it to the Quarterfinals of the Group 6 where he lost 2-1 to Sirius.

May 27, in the 2012 Global StarCraft II League Season 3 Preliminaries SalvatioN has made it again to the Quarterfinals of the Group 2 where he lost 2-1 to Hanbin.

On September 7, 2012, SalvatioN made his debut for the team New Star HoSeo in the 2012 GSTL Season 3 in the match vs Incredible Miracle where he lost to First in the 2nd set.

On July 2, 2012, SalvatioN tried to qualify for the 2012 OSL Season 1. He took part in the 2012 OSL Non-KeSPA Preliminaries where he was placed in Group K. SalvatioN received a BYE in round 1 and round 2 vs GGanDoL before losing to Puzzle 2-1 in the Quarterfinals.

On July 23, 2012, SalvatioN participated in the 2012 South Korea WCS Preliminaries where he was placed in Group O. SalvatioN received a BYE in round one and then lost to Speed 2-0 in the next round and was unable to qualify for the event.

After joining Startale SalvatioN would attempt to qualify for every WCS season in 2013, unfortunately he would be unsuccessful in every attempt, with his furthest run being 2013 WCS Season 1 Korea GSL where he reached the round of 4 in the qualifiers.

On November 3, It is announced that SalvatioN, Balloon and Hoon had left StarTale.

On December 23, SalvatioN is listed under Prime for the 2014 Proleague: Round 1 rosters.

He played for team Prime in 2014 Proleague. He ended the season with a 2-6 score. After the end of the season he joined team MVP alongside his teammates MarineKing and DeParture.[2] He was not able to qualify for a single GSL in 2014.

In 2015 Proleague he was only fielded one time. He won this match against Prime's TerrOr. He was not able to qualify for a GSL or SSL in 2015.

On November 14 2015, SalvatioN changed his name to Forte.[3] He was able to qualify for 2016 GSL Pre-Season Week 1 and won his first match against TRUE but lost in the round of eight against Soulkey. Two weeks later Forte defeated Guilty to qualify for 2016 GSL Season 1 Code A. In Code A he had to play against BrAvO for a spot in 2016 GSL Season 1 Code S. After qualifying for Code A the first time in his life Forte was able to defeat BravO and advance to Code S. His first opponent in his Code S group was Curious against whom he lost 1-2. Forte had to play against Stork in the losers match but was not able to win. He lost 1-2 ending his tournament run in the round of 32.

In May 2016 the 2016 SSL Season 2 Qualifier was held. Forte tried to qualify, but was not able to advance as he lost against TY 0-2 and Impact 1-2. Because he played in Code S in Season 1 of GSL 2016, he qualified for 2016 GSL Season 2 Code A and played his match against ByuN. Forte lost the series 0-3 and was eliminated from the tournament.

In November he participated in the VSL Team League. Together with Armani, Dream, Solar and Dark he formed team No Toss. The team placed second with Forte having a 1-3 record in maps.

On December 3, it came to light that MVP had disbanded and Forte was left teamless going into 2017.

Forte played the 2017 GSL Season 1 Qualifier and defeated both Creator and Zest therefore advancing to 2017 GSL Season 1 Code S. Shortly after the qualifiers were held IsIMBA announced that Forte had joined their ranks.[4] Forte is the second Korean player to join the team after Armani joined in late 2016. His Code S group contains Losira, INnoVation and ByuL.