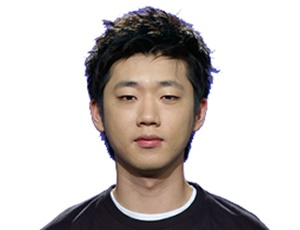 Kim "FruitDealer" Won Ki (aka Cool) is a retired Zerg player from South Korea. He moved from playing StarCraft II for StarTale to coaching their League of Legends squad.[1]

FruitDealer was a professional Brood War player for the South Korean team eSTRO before he started his StarCraft II career. Formerly known as Cool, he was forced to leave progaming to help run his mother's fruit stand while his father was ill. After his break from progaming, FruitDealer picked up StarCraft II and began to play, quickly becoming a top Zerg player in Korea.

In the early Beta, FruitDealer topped the Asian ladder. It was widely speculated that FruitDealer was a former Brood War pro. On April 19, FruitDealer played an invitational showmatch with Maka, and his identity as Cool was revealed.

In August, FruitDealer announced his departure from the team oGs.[2] By early September, he had joined the new-founded team Team SCV Life,[3] along with Tester, Clide and Gas.

In August 2010, FruitDealer qualified for the first GSL Open Season Tournament and would later become the only Zerg player remaining in the tournament by the Round of 8. He would advance to the finals against RainBOw and win the entire tournament in a dominating fashion by a margin of 4-1 at a time in which it was widely perceived that Zerg was strongly disadvantaged versus Terran. His victory would solidify his perception as the greatest StarCraft II player in the world at the time.

FruitDealer qualified for the second GSL season in October 2010 and easily advanced to the Round of 32 after a 2-0 victory. Later that month, FruitDealer was invited to play a showmatch against BoxeR at Blizzcon 2010. FruitDealer defeated The Emperor 2-0 in the highly anticipated match-up. After returning to Korea and the GSL, the reigning champion was defeated in a 2-0 upset by a then-unknown player playing under the ID BoxeR in the Round of 32. This player would become known as "Fake Boxer" or "FoxeR" to fans throughout the tournament, and would later change his name to "MarineKing".

FruitDealer qualified for the third and final GSL open season. He reached the Round of 8 before losing to HongUn 2-3. FruitDealer was the last Zerg eliminated in the tournament, as NesTea was also defeated earlier that day. His performance in the three GSL open tournaments secured him a #1 seed for the beginning of the 2011 GSL season and placement into the inaugural Code S season.

On the 24th of June, 2011, FruitDealer left TSL, citing his disagreement with the direction the team was heading.[4] It was later announced that he had joined StarTale.[5]

FruitDealer fell to Code A in the July Code S tournament after having participated in every Code S season prior, but never making it further than the Round of 16.

FruitDealer attended his first major competitive international event at IEM Season VI - Global Challenge New York. He finished runner-up to DongRaeGu, losing 2-3 in the finals. His performance secured him a spot in the IEM Season VI - World Championship in Hanover in March 2012, although he would later cancel his participation.[6]

FruitDealer was eliminated from the GSL entirely for the first time in November after losing 0-2 to Alicia in the first round of the Code A season.

On March 5, 2012, it was announced that he was appointed to coach StarTale's League of Legends team, effectively retiring from StarCraft II progaming.

The key to his success is his massive risk taking and volatile unpredictability, with playstyles as varied as Baneling all-ins to massive overdroning. FruitDealer is noted as one of the most interesting and fun players to watch. FruitDealer is also noted for being somewhat overconfident at times, especially in the earlier seasons, leading to him practicing less than he should, which has given him several losses.