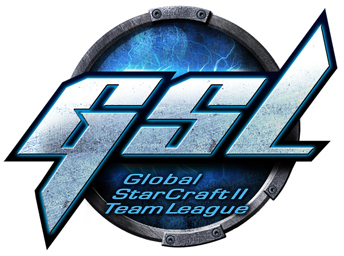 The GOMTV Global Starcraft II Team League (or GSTL for short) is a large team tournament-based league held on location in South Korea and plans to hold multiple events each year. Starting in February 2011, the league is build upon the existing GSL Code S and Code A structure.

The GSTL began as an single-elimination tournament among 8 of the top Korean StarCraft II teams. The teams competed for 15,000,000 KRW (about $13,000 USD). Teams were chosen based on the number of players they had in code S and code A of the current season of the GSL. Code S players were worth 1.6 points each while code A players were worth 1 point each. The 8 teams with the highest scores were invited to participate. The first GSTL took place in February 2011 and was won by Incredible Miracle, with two more being held in March and in May of that year, both won by SlayerS.

Due to the popularity of the first three GSTL tournaments, GOMTV decided to expand the format to a regular season followed by a playoff tournament. The number of teams invited was increased to 12, divided into two pools. Each team plays each of the other 5 teams in its pool over the course of the 10 week season. The top 3 teams in each pool advance to the playoffs to decide the GSTL winner.[1] Season 1 of the new format began June 23, 2011. The expanded number of teams allowed all the major Korean pro teams to take part, as well as the foreign division of FXOpen and F.United (a partnership of WeMade FOX and number of foreign players who had been invited to compete in GSL code A).

Matches are a best of 7, All-Kill Format. Each team chooses a starting player in advance to compete in the opening game. When a player loses a game they are eliminated and the team chooses a new player to represent them next. The winner continues on to the next game. The fourth and final player chosen by a team is often referred to as the "ace", since the team's survival rests on their shoulders. The playoff matches in season 1 are best of 9 but otherwise following the same format.

- = Did not participate; NYP = Qualified for GSTL but Not Yet Played; NQ = Did Not Qualify; ? = Unknown;
RoX: (Round of X) Green background = Yet to be played, Blue background = Made it to that round but lost the match there; 1st and 2nd = First and second place respectively;

To watch GSTL on GOMtv.net you can either watch the live casts for free or pay for their premium service. The free stream is LQ (288p) and you need to log in to the site and download the GOM-player to watch it. Only the first game of a series is available as free to watch VODs.

The premium service gives you access to all VODs and the option to watch in HQ (360p) or HD (720p). Also you get access to the HQ stream. To get the premium service you can purchase a season ticket to be able to retrospectively view any of the VODs from that tournament. The price for a season ticket is 5.00 USD (for older seasons and return customers there are discounts.) You can also purchase a 1 day Live ticket to get access to the HQ stream for just one day, that costs 1.95 USD. There's even an iPhone stream but this requires the purchase of tickets to watch. You can find more info at GOMtv.net.