GSL Off the Record

From Liquipedia StarCraft 2 Wiki
[e][h]GSL Off the Record 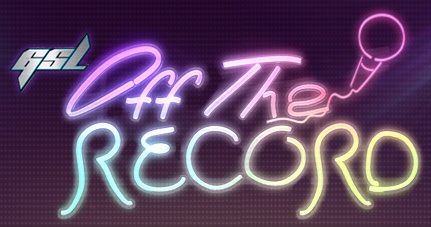 GSL Off the Record is a weekly variety show on GOMTV.net.

GSL Off the Record is a series that ran for 16 episodes with the self-proclaimed goal to let the foreign StarCraft community get to know Korean progamers better.[1] Every week a different progamer meets up with a rotating cast in the GSL studio, where questions from the community are answered and fans on the North American server can get the chance to play against the featured progamer. During the matches, the guest is given a handicap, like operating the keyboard with chopsticks, having to wear rubber gloves while playing or even playing a handicap match with Junkka on the opposing team to make the games against the North American casual and amateur players (typically picked from Diamond and Master Leagues) slightly more challenging. Some guests have chosen to up the ante and take on multiple or harder handicaps or even make a bet (for example, Bomber once faced StarTale observer Legend, who plays against the pros a few times on the show, in a hair match where the winner got to shave the loser's head.) This segment of the show is similar to MBCGame's Battle.net Attack! and TeamLiquid: Attack!.