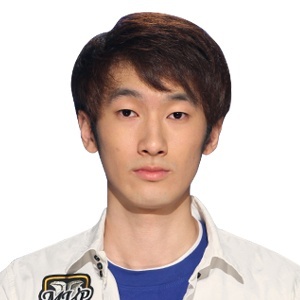 Genius is a Protoss player and a former member of team NEX (later ZeNEX, after combining with Zenith in October 2010).[1] He rejoined his Brood War team NSP when they created a StarCraft II division shortly before the GSL 2 Final. During February 2011, it was announced that Genius would be joining team MVP.[2]

He would join SlayerS shortly after, though was left teamless upon the team disbanding. Several months later it was announced that he had joined AZUBU.[3]

Genius has a very solid style that relies on strong mechanics and strategic play. With superior unit placement and zoning, Genius just simply overpowers his opponents.

Genius has managed to qualify for all 3 GOMTV Global Starcraft II League open seasons. In the first season, he was a favorite in the South Korean public but was immediately cheesed out 2-0 by Terran player DAVIT. He quickly returned in the 2nd season, moving on to the Round of 8 where he would lose to RainBOw 1-3 as the final Protoss player left in the tournament. Although he again qualified for the last open season he was defeated fairly early in the Round of 32 by Rain, the eventual finalist. He was also one of the invitees for the GOM TV All-Stars Invitational 2010 where he would lose to Tester 1-2 in the quarterfinals.

Genius, alongside Maka, was one of the two South Korean representatives at BlizzCon 2010. Genius would make it to the finals where he would take out Chinese player Loner in an extended series to become the champion of the first SC2 BlizzCon tournament.

Genius was one of the 8 seeded invitees for the Gainward SC2 Tournament that boasted a total of 768 participants.[4] He would end up losing in the Round of 32 0-2 against ByuN.

It was announced in February 2011, that he would be one of the invites for the TeamLiquid StarLeague 3. However, he was quickly dispatched in the Round of 32 by American Terran qxc.

It was announced on July 22, 2011 that Genius and his teammate DongRaeGu would be part of a partnership with compLexity called coL.MVP.[5]

In the first tournament of 2011, Genius would advance at the top of his group, going 3-0 in the Round of 32. He would fall to both IdrA and NaDa in the subsequent round. In March, Genius would drop to last place in the group stage. In the Up and Down Matches, he would surprisingly fend off Mvp 2-0 to maintain his S class status. During GSL May, he was able to advance out of his group undefeated then lost to NaDa in the Round of 16. GSL July would be another repeat as Genius would defeat Virus and TOP to advance to the Round 16. There he lost 0-2 to CoCa and ending his run. His next GSL run would be quite different however. Genius lost his first match to July then won his next 2 against LosirA and Ensnare. In the Round of 16, he was able to advance by defeating Virus in a close 2-1 series. His next opponent was TOP, who he could not find an answer for and ended his August run. Genius would once again find himself in the Up and Down Matches in GSL October as he placed last in his group. This time however, he wasn't able of reaching the top places of group, and subsequently dropped in Code A.

Genius defeated both of his teammates, DongRaeGu and sC, in the 2012 GSL Season 1 Round of 32 group stages. In the Round of 16, he lost his first match 2-0 to MarineKing, but then beat NesTea 2-1 and in a rematch against MarineKing, he secured his Code S spot after beating him 2-1. He advanced to the playoffs to face MC in the Round of 8 where he quickly dispatched the two time GSL champion 3-0. In the semifinals, Genius would face aLive and end up sweeping him 3-0 as well to secure a spot in the finals against his team mate DongRaeGu. At the finals, Genius would take an early lead by winning game one, but ultimately ended up losing 4-2 to his team mate and friend.

Genius would play in Code A for the first time in the 2011 GSL November. In his first game versus Symbol, he showed an exciting game using a Phoenix and Carrier composition. Towards the end of the game he would build a Mothership to go along with his air fleet. He defeated Symbol to advance onto the Round of 32 where he played a fallen Code S player, July. July would end up winning the series 2-0, therefore sending Genius to the Up and Down Matches. There, he placed first in his group with a score of 4-0, securing Code S for the next season.

After leaving AZUBU and becoming a free agent, Genius made his WCS Europe debut at 2013 WCS Season 3 Europe, where he turned heads in the Premier League. He dropped only one map in beating Grubby, LucifroN, Nerchio and ForGG before beating the defending champion Duckdeok 3-0 in the quarterfinals. Even though MC beat him 3-0, he still made the Season 3 Finals, where he beat Jaedong before falling short against Trap and MMA to finish third in his group. On Christmas Day, it was announced that his search for a team had ended with Love Your Girlfriend recruiting and signing him. In talking about the signing, Genius revealed that he had originally planned to retire from StarCraft II to begin his mandatory military service.[7]

After his military service done, Genius confirmed on his stream in late November that he is going to compete in tournaments,[8] including WCS 2017.[Citation needed]