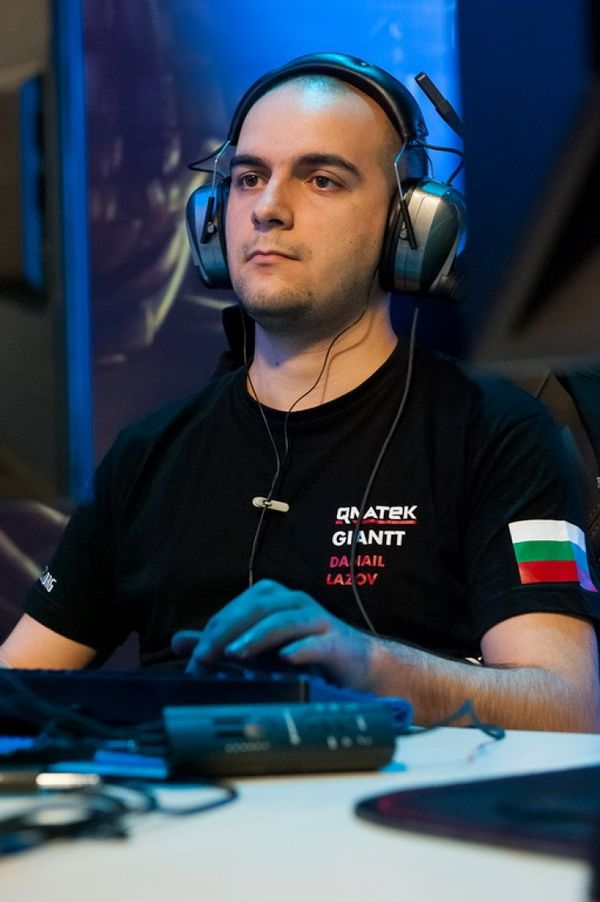 Danail "Giantt" Lazov is a Bulgarian Zerg player who is currently retired.

Giantt's first international success came with winning the GGA Cup #4 after defeating Revival, thus being one of the very few foreigners to qualify to the GGA Cup Grand Final in December 2012.

He also qualified, and went on to earn fourth place in the Combined European Nationals of the 2012 World Championship Series in June 2012, then playing for Qnatek.

In August 2012, he participated in the Samsung European Encounter, where he was eliminated in the Group Stages after losing against Nerchio and Adelscott.

On 15 October 2012, Qnatek announced the termination of Giantt's contract, leaving him teamless[1] as he attended the 2012 DreamHack Open Bucharest, where he went 11:4 in maps, defeating StarEagle, TheStC and ParanOid and ultimately losing to the eventual winner, Nerchio, 1:2, in the Round of 16.

On 29 November 2012, The Drop Bears announced Giantt as the first player in their SC2 team.[2]

On 13 January 2013, Giantt won the Go4SC2 Sunday Cup after beating HyuN, thus qualifying for the monthly finals and earning €200.

On 2 September 2013, Giantt joined the European team Karnage. There he went inactive since early 2014 but was on the team roster until Karnage merged with Dead Pixels.