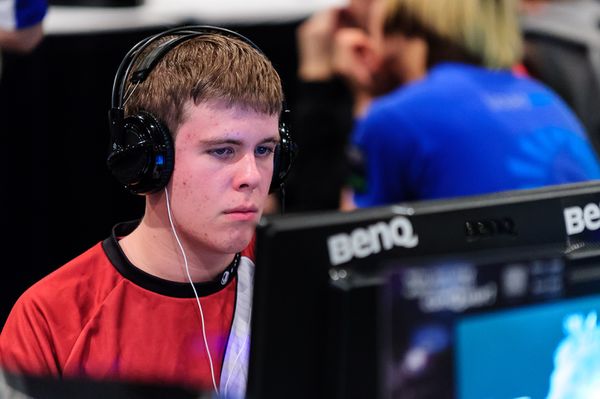 Glon is a North American StarCraft II Zerg player. He was born April 28, 1995 in Exeter, New Hampshire. Glon’s gaming career started when he developed a casual interest in StarCraft: Brood War and Warcraft III, but never got into the competitive scene.

After the release of StarCraft II, Glon quickly advanced to the top levels of the North American ladder at the age of 15. In late Spring 2011, he began to play in multiple tournaments and won a CraftCup.

Glon played in the Open Bracket at the 2012 MLG Spring Championship. He defeated Sanddbox and Ver in the winner's bracket before falling to Heavens, and defeated Zenio before losing to Choya in the loser's bracket.

On July 14, 2012, Glon participated in the IPL 5 North American Satellite Qualifiers. Glon defeated Weaklink, HwangSin, CatZ, and then went on to advance in to the finals to face dice. In the finals, Glon defeated dice by a score of 2-1 and was able to take first place. His first place finish qualified him for the IGN ProLeague Season 5.

On September 2, 2012, Glon qualified for the WCG US National Finals by placing in the top four of Qualifier #1.[1]

On February 1, 2013, Glon was acquired by Quantic Gaming after the team reformed after merging with It's Gosu and 4Not.[4]

In comments made when signed by It's GoSu in Jan 2013, Glon has begun to focus on Heart of the Swarm and "hope[s] to become a front runner when the expansion comes out". This attitude is fully supported by his manager and team.[5]