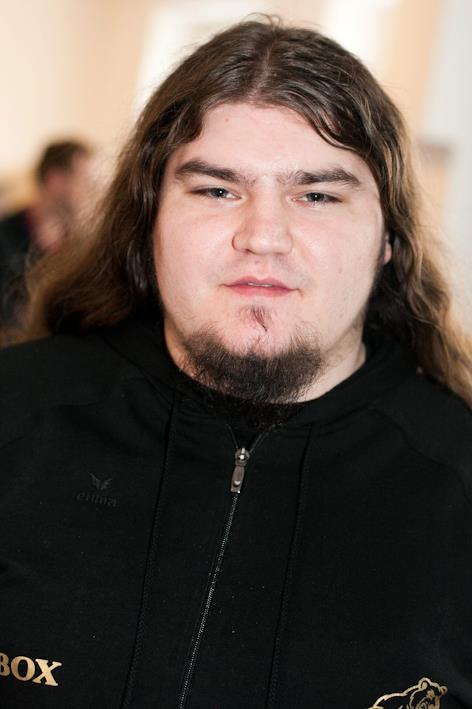 GoOdy is nicknamed "The Panzer General" (or "Panzergeneral" in German), and is the creator and eponym of the "GoOdy Style". This style relies heavily on Mech play (especially on Tanks) in all 3 matchups. As a result, his APM is relatively low for a progamer. GoOdy used to rarely use Marines, and almost never researched Stimpack. During the HomeStory Cup IV tournament, GoOdy revamped his style, and now incorporates bio play into his game. Cordially nicknamed the "Supply Block Terran" by MC during a game vs ReaL, due to his tendency to get supply blocked and queuing large amounts of units.

GoOdy started playing Brood War on "Fastest Possible Map" under the ID "WWW)2Good4You(". After switching to the normal maps he joined the Clan Team Ivy and was later in different clans like DkH. In Brood War as in StarCraft II, he switched his race from Terran to Protoss from time to time. In Brood War, he was a Terran for a long time and switched to Protoss in the end of the game. GoOdy participated in the World Cyber Games 2007, where he managed to qualify for the main bracket, and was eventually defeated by his compatriot Mondragon in quarterfinals.

GoOdy is a member of Team Germany.

GoOdy started playing SC2 as Protoss during beta and won ZOTAC Cup #6 as well as Competo Cup #1 before switching to his current race: Terran.

GoOdy qualified for the first StarCraft II ESL Pro Series (EPS season 17)[1] and placed 2nd, making it to the finals. During the Alienware Finals he lost to Socke first round and again to DeMusliM in the lower bracket placing 4th. He also attended DreamHack Winter 2010, winning in the BYOC qualifier round. He was knocked out in the Group Stage with the a score of 1-2.[2]

GoOdy qualified for the TSL3 by fighting his way through the qualifiers and ending with a #4 ranking in points, behind TLO, Ciara, and MorroW. He surprised viewers in the Round of 32 by dispatching South Korean Zerg powerhouse NesTea before being 3-1'd by NaNiwa. GoOdy also managed to place into the first season of NASL.

GoOdy finished 3rd in the German WCG qualifier, qualifying for the WCG 2011 in Busan, where he would advance to the playoffs as second in his group before falling 2-0 to Korean Terran SuperNova.

On September 10, 2011, he won the German qualifier for the IeSF 2011 World Championship, an international gaming tournament held at Andong, Korea. He won the qualifier's finals 4-2 against HasuObs. In the main tournament, he was eliminated in the group stages by biGs and Osho.

In November 2011, GoOdy was invited in Battle in Berlin as a replacement for White-Ra, who couldn't attend the event because of a visa issue.[3] In the first round, he defeated TLO (who was playing Zerg during this event), and later narrowly eliminated the heavily favored Stephano in the semifinals. He was ultimately overwhelmed by Nerchio in finals, therefore taking second place in the event.

GoOdy qualified for the second MLG Spring Arena in 2012 as a result of his performance at the MLG European qualifiers. At Spring Arena 2, he lost 0-2 to GanZi in the winner's bracket, and went on to upset MMA 2-0 in the loser's bracket. He was eliminated from the tournament when he lost to Grubby 0-2.

On the 16th of October, GoOdy announced that he was leaving his longtime team, ESC Gaming, and was going to remain teamless for a while.[4] However, a week later, on the 25th, he announced that he had decided to rejoin ESC.[5]

In the Beta of Legacy of the Void, GoOdy switched to Protoss, reflecting the race he played in the end of StarCraft: Brood War. He later on switched back to terran.

On the 21st of November he left his long time team ESC ICYBOX. [6]