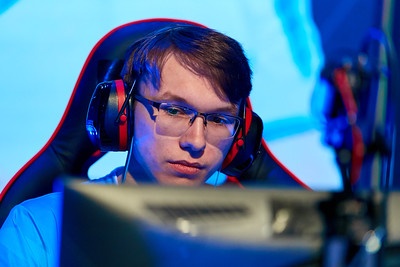 goblin appeared in the competitive scene in 2015 as Legacy of the Void came out and is associate with a new guard of young foreign StarCraft 2 pro players breaking into the scene after the free to play transition and the implementation of full residency conditions to WCS alongside players like Reynor, Clem and Future. goblin spent the first two years of his career playing mostly in small online cups and team leagues falling to get consistently good results or qualify for any bigger tournament. He notably was a part, although small, of IsIMBA back to back victory in Season 11 and Season 12 of the Russian Starcraft 2 Team League. 2017 and 2018 saw a step forward for goblin as he started to get some stronger online results including his first online cup win in Proxy Tempest EU Open #55, a tournament he went on to win multiple time in the next years. He also had more consistent results with multiple wins over other regular top online cup players like Cham, Soul, Guru and DnS, he notably had a strong result in BTSL S2: Europe getting out first of a group beating Bly and Nerchio before losing to Mana and Reynor. The end of 2018 also saw him attending his first major LAN event at HomeStory Cup XVIII where he won only one match in the round robin stage.

Despite having respectable, but rather plain results, notably falling to get close to qualify for any WCS event before 2019 goblin was quickly regarded as a player with big potential given his young age, he was notably included in Rotterdam : My Sweet Sixteen Party alongside Reynor and Clem a tournament showcasing some of the brightest 16 years old Starcraft 2 European players, finishing in third and last place with a map score of 5 and 9.

goblin had a very good start of 2019, having good online results and especially getting through the winner bracket of the first qualifier for WCS Winter EU beating Awers, Ziggy, Mana and SoulSpirit to get to his first WCS. It was a short live appearance finishing last in his group after losing to uThermal and Bly.