The Golden Professional League 2014 is the first major Chinese domestic Starcraft II competition in 2014. It is organized by Blizzard Entertainment's Chinese partner NetEase, and sponsored by Logitech. The tournament is a spiritual "WCS China" in the absence of a local WCS region since 2013, to provide a long-standing competition environment for local pros and grassroots. 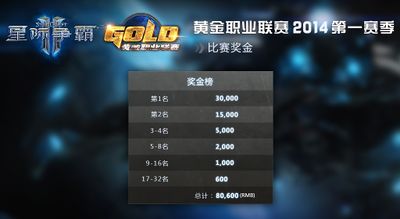 CNY (~ USD) are divided among participants for the whole year.