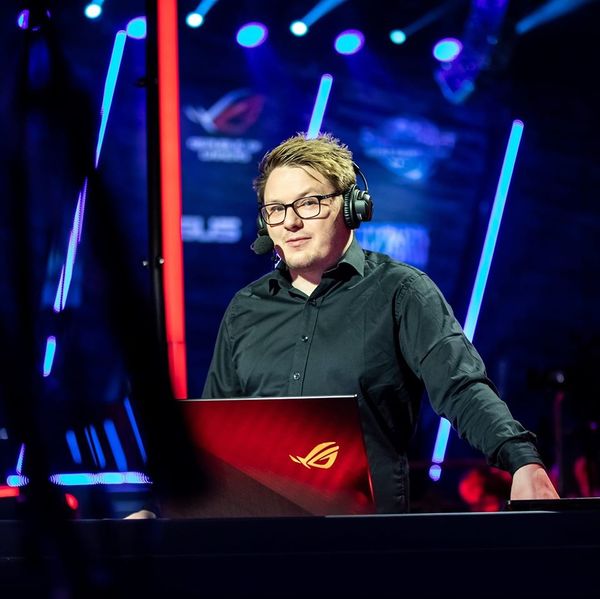 Grant Hill is a StarCraft II broadcaster from the United Kingdom.

Grant followed Brood War's professional scene casually until Starcraft 2 released into beta where he jumped in and fell immediately in love with the way the game flowed.

He joined Team Dignitas as a staff writer and event staff in 2011 attending multiple Insomnia Lan events alongside the Dignitas SC2 team.

His dive into casting came later in 2015 where he begun casting the Norwegian Clan League and small events hosted by friends.

In 2019 Grant took a leap into casting more frequently by becoming a member of Alpha X and casting the second BJ Destruction League in it's entirety as well as multiple Alpha X Showmatches.

His big break came when he attended HSC19 as a fan and found they had a vacant spot to cast the B stream, he offered to cast it whilst still a relative unknown entity and ended up being asked to do the whole event. The motivation it gave Grant led him to work harder than before and following the sickness of Kaelaris he was called in last minute to cast Assembly Summer 2019 in Helsinki, Finland; his first premier event working alongside DeMusliM, ToD and RotterdaM.

After the Assembly Summer 2019 event Grant became sick and had to quit content creation for 6 months to recover but has since returned to cast IEM Katowice 2020, multiple qualifiers and DH SC2 Masters 2020: Summer covering every major region.