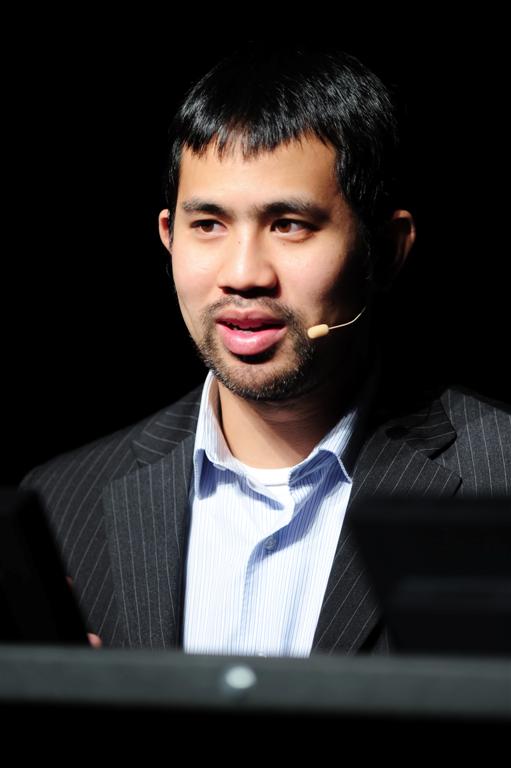 Andre "Gretorp" Hengchua is an American Zerg (and former Terran) player who previously worked as a caster for the NASL. He was the main NASL caster and had been there since Season 1.

A former StarCraft: Brood War player, Andre Hengchua became notable in that game. He was part of the team Pandemic before its dissolution in February 28, 2010.[1]

On May 21, Gretorp was recruited into the team Fnatic after impressing the team with his play in online cups and events. In the announcement the Fnatic management stated they were sure Gretorp had much to offer and would be valuable asset to the team.[2] Later Gretorp shifted focus from playing the game into casting the game and became the second caster to work for NASL, a role he continues to this day. As he was no longer active in the competitive scene his contract was not renewed with Fnatic when it expired in 2011. Xeris, the manager of the StarCraft II division, expressed his regret that the team and Gretorp could not come to an agreement on a contract and cited his change in commitments as reasoning.[3]

Gretorp was then recruited to It's Gosu eSports as a team coach on December 7.[4]

Gretorp streamed his Terran play regularly during the beta. He analyzed his games and considered theory out loud while playing.

On May 21, 2010, Gretorp joined Fnatic after being scouted by the team as an up-and-coming talent. The team expressed excitement in picking up the player and was eager for him to play for their team, as he was signed near the end of the StarCraft II beta, after the StarCraft II official release.

In the North American scene, Gretorp focused on attending the MLG Pro Circuit events. Although he did not reach any significant placements in the 2010 season, he placed 21st in total points. Due to some players' unavailability, he was able to qualify as a top 16 seed for the 2011 season debut in MLG Dallas. He could not compete with the others in his group and ultimately finished last in his group with a 0-4 record. He was seeded into the championship bracket where he was quickly eliminated by HayprO in the losers' bracket.

Gretorp has since achieved some notability as one of the co-casters for the NASL along with iNcontroL for Season One. In Season two casted with various co-casters including orb, TheGunRun, and LzGaMeR.

7 December 2011, it was announced that Gretorp joined It's Gosu eSports as the team coach.[4]

Gretorp is now regularly seen with Frodan for NASL.

On February 1, 2013, Gretorp left It's Gosu when it merged with 4Not to become the reborn Quantic Gaming. He is currently teamless.