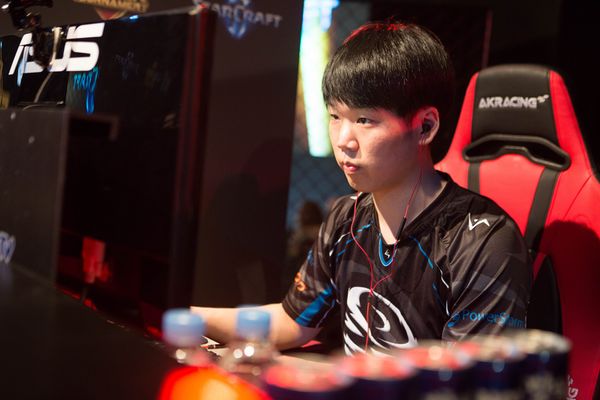 GuMiho's first major tournament was the 2010 GSL Open Season 3, where he participated as a Random player, making him the first (and to-date, only) Random player to compete in a GSL. He was eliminated 0-2 in the first round by Monster.

GuMiho next qualified for the GSL for the 2011 July GSL Code A Tournament, at this time playing Terran full-time. He again fell in the first round, this time 1-2 to Ryung. GuMiho qualified for Code A a second time in the GSL October tournament, eventually reaching the semifinals and being promoted to Code S for the first time after succeeding in the Up/Down matches. In his first Code S season, GuMiho would reach the Round of 16 group stage before falling to Code A.

GuMiho reached the semifinals of the first GSL season of 2012, losing to eventual champion DongRaeGu 2-3, his best individual result to-date.

GuMiho notably scored an all-kill in the 2012 Global StarCraft II Team League Season 2 finals for FXO against SlayerS-EG, defeating MMA, Min, CoCa, Ryung and Puzzle in succession to give FXO their first GSTL championship. In the following GSTL season, GuMiho would help FXO to a consecutive championship with a 3-kill in the final.

GuMiho attended his first major international offline event in April at Dreamhack Stockholm, reaching the Round of 8. In November 2013 FXO stops sponsoring FXOpen e-Sports the Korean divison, including GuMiho, revert their old name, For Our Utopia. Unfortunately the team could not sustain itself and disbanded in late December 2013.

At the end of January, a month after For Our Utopia disbanded, GuMiho joined CJ Entus. 2014 was not a great year for him, he did not qualify for a single Code S and his 2014 Proleague record was 5-3. When his contract expired in September 2014, it was not renewed by CJ Entus and Gumiho was once again left teamless.[1] He expressed that he would like to join a foreign team and after two month on 11 November 2014 it was announced that he had joined Invasion eSport. Having a contract with a foreign team meant he would be able to attend more foreign events, the first being IEM San Jose in December. GuMiho lost in the round of 8 in a close series against Jaedong 2-3. Around the same time the qualifier for 2015 SSL Season 1 and 2015 GSL Season 1 Code S took place. GuMiho qualified for both, beating sKyHigh in SSL Challange and Billowy in the deciding game in the GSL Qualifier.

Both, 2015 GSL Code S and 2015 SSL, were played out during January. In Code S GuMiho lost his first match against Life, but was able to beat Panic in the losers match. In the deciding game he had to face Life again and once again lost 0-2, placing third in his group and being eliminated. He did not perform better in SSL where he lost against Dear and Rogue finishing last place in his group. In April he played his 2015 GSL Season 2 Code A match beating Impact with a clean sweep 3-0 advancing to 2015 GSL Code S. Later in April Gumiho joined MVP but remained under der flag of Invasion eSport for international events.[2] In the first group stage of Code S he lost against Rain, but was able to beat Solar and Sorry to advance to the second group stage. Shortly after he attended his first international event in 2015: DreamHack Tours. He performed really well and finished second place, only losing to PartinG in the finals. His contract with Invasion eSport ended after DreamHack Tours and he would solely play for MVP from there on.[3] At the end of May the second group stage of Code S was being played out. He faced PartinG, against whom he lost in the DreamHack Tours final just around three weeks prior. GuMiho was once again not able to beat him losing the series 0-2. He was able to win the first map in his next match against FanTaSy, but lost the series 1-2 in the end being eliminated in the round of 16. In July he attended HomeStory Cup XI and DreamHack Valencia. At HomeStory Cup he lost in the round of 4 against the eventual winner, Rain. In Valencia he was stopped in round of 16 by Dead Pixels' Patience. GuMiho's next big tournament was 2015 GSL Season 3 Code S. He was seeded into Group H, which was played in late August, together with Rogue, soO and Hurricane. GuMiho advanced in first place beating Rogue and soO 2-0. In the second group stage he faced Parting once again in the first match. After losing the last two times they played against each other, GuMiho was able to secure a 2-0 victory this time. His next opponent was INnoVation, despite taking the first map, GuMiho was not able to win the series and had to play against FlaSh in the deciders game. GuMiho won the series 2-1 and advanced to the quarterfinal in which he had to face ByuL. Unfortunately he was not able to take a single map off ByuL and lost the series 0-3 in the end. Placing top 8 was his best result in Korean leagues in 2015. After he joined MVP he was also able to participate in 2015 Proleague and finished the season with 9 wins and 3 losses.

The Korean individual leagues were reset before the start of 2016 WCS. As a consequence GuMiho had to requalify for SSL and GSL. He failed to do so in the 2016 SSL Season 1 Qualifier where he lost to ByuN and Losira, but made it through the 2016 GSL Season 1 Qualifier by most namely beating Creator in his final game.

In January, the matches of 2016 GSL Code A were played out. GuMiho faced SK Telecom T1's Dark. He was able to take a 1-0 lead by winning on Prion Terraces, but the next three maps went in favour of the Zerg player and GuMiho was eliminated, therefore had to requalify for the next season of Code A. He was able to do so by beating Zoun and BrAvO in the qualifier. GuMiho played played his 2016 GSL Season 2 Code A match against DongRaeGu. He was able to beat him 3-0, advancing to 2016 GSL Season 2 Code S. In the round of 32, he was placed in group A containing MC, Zest and Solar besides him. By beating Solar 2-1 and MC 2-0, he finished the group at first place. In the round of 16, he had to face Classic whom he was able to beat. In the winners match, GuMiho lost to TY and as a result had to play Classic again in the decider match. As in the first match, he was able to beat him 2-1 advancing to the round of 8. He lost this match in a close series against MyuNgSiK and was eliminated from the tournament.