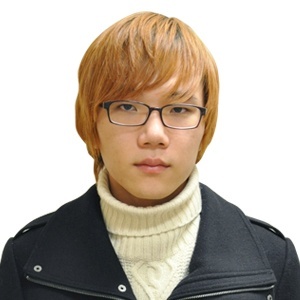 GuineaPig first surfaced during the first GSL season, playing under the id "EternalPrime", where he lost to eventual champion FruitDealer 0-2 in the Round of 64. GuineaPig later qualified for the 2010 Sony Ericsson StarCraft II Open Season 3, by this time playing for TSL. He defeated Junwi 2-0 in the Round of 64 before losing to Leenock 0-2 in the Round of 32. His games vs. Zerg opponents helped to popularize Void Ray-Colossus play in PvZ--Artosis would credit him for creating a style of play he called "AirToss" during his first game against Junwi, where GuineaPig won with a pure-Void Ray strategy combined with complete wall-offs and Photon Cannon defenses.

GuineaPig has since become a consistent player for MVP in team leagues as Random.

During the GSL October preliminaries, it was revealed that GuineaPig had switched back to playing as Protoss.[1]

On the 16th of January 2012, GuineaPig confirmed on his twitter[2] that he left MVP.

On the 23rd of June 2012, GuineaPig announced that he would be retiring from professional gaming.[3]

On November 17, 2011, GuineaPig participated in the ESV TV Korean Weekly Season 1 Weekly 15. After taking down Mentalist, Avenge, YangSongE, and Jjun, GuineaPig advanced in to the finals to face CranK. In the finals, GuineaPig defeated CranK by a score of 4-1 and grabbed first place.

GuineaPig played in the inaugural GSL January Code A tournament. He would fall 0-2 to August in the first round.

GuineaPig has qualified for and competed in the upcoming revamped GSL November Code A tournament. However, he was defeated by asd 0-2 in the Round of 48.