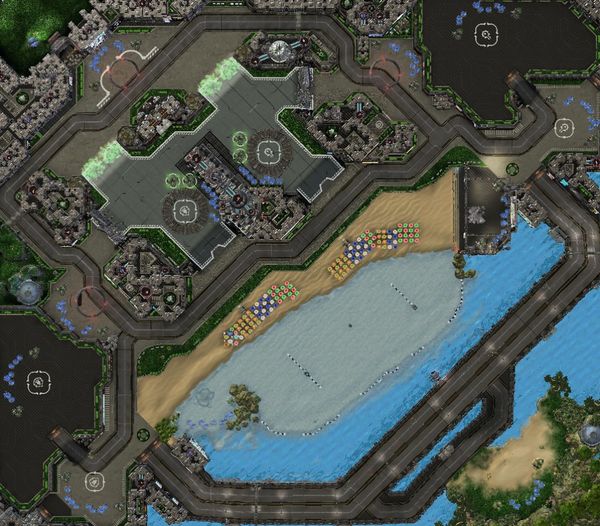 Gwangalli Beach is a two-player map that was released for WCS Season 2 Korea OSL - Premier League Round of 16. The map actually refers to a real beach located in South Korea within the City of Busan.

On the beach there are areas covered by sunshades and sunloungers, (marked red) which are not traversable by ground units. 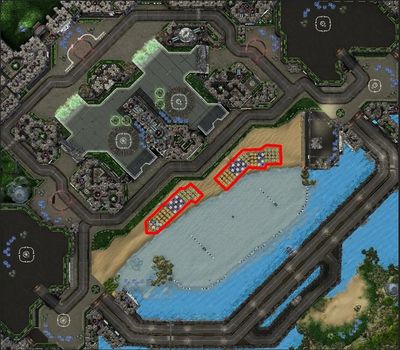