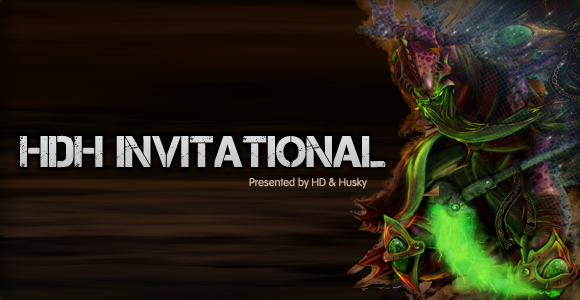 The HDH invitational was a tournament that was sponsored by iRip. The tournament boasted a prize pool of $3450 and invited some of the best or most notable players from around the world, including European and American players.

With commentary by HuskyStarcraft and HDstarcraft themselves, as well as for additional guest casters, the event generated a large amount of hype. The games commenced on April 21st, 2010. Brothers Day9 and Tasteless were matched up against each other in the first round of 16.

On July 20, 2010, Husky announced that HDH 2 information was just around the corner via his Facebook fan page. In March 2011, HD Starcraft announced his HD World Tournament and at that time announced that the HDH2 was postponed indefinitely due to legal/scheduling issues, with no schedule or timeline for resolution of these issues being provided.

Offering a total of $3,450 in prize money, the HDH Invitational represented the largest prize pool for a Beta tournament.