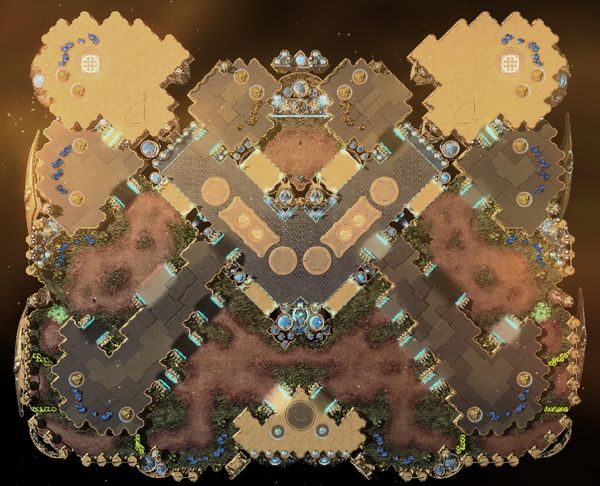 Habitation Station is a two player map made by SidianTheBard, and the runner-up of the Red Bull TL Map Contest. It was used for the Red Bull Battle Grounds New York City and was added to the 2014 WCS Season 1 map pool.

Red Bull TLMC finalist. A two-player mirrored map with an easy to hold natural and many elevation changes. Grab the watch tower at the top to better secure attack paths and to take easier control of high yield expansion.