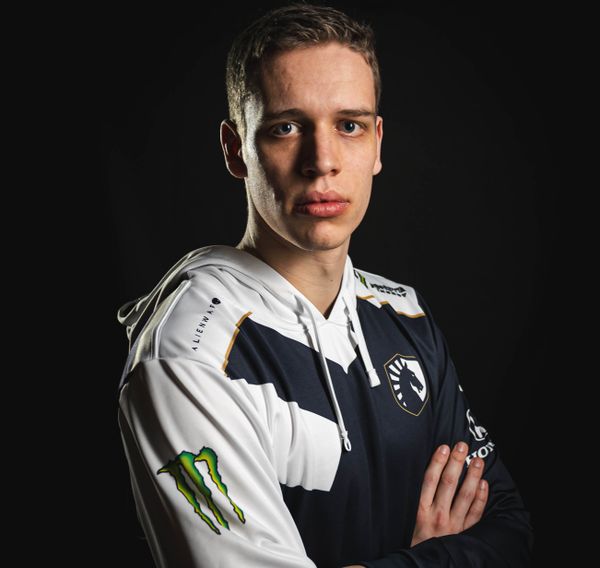 He played online cups on a regular basis, reaching the finals of CraftCup Lite 4 times and winning once, beating ELVIS.

Competing in the Dutch IeSF qualifiers he placed second after losing to later runner-up of the main tournament, Grubby.

He also participated in all four of Grubby's Pro invitationals and barely failed to qualify for IEM São Paulo after taking out merz and BlinG in the qualifiers, only falling to biGs.

Harstem was a member of the Dutch team in the ESL Country Championship, playing both 1v1 and 2v2.

On May 1, 2012, Harstem participated in the 2012 World Championship Series: Dutch Nationals. Harstem started off his very first match with a loss to Ret and fell straight to the losers bracket. In the losers bracket, Harstem saw more luck as he took out NOLot and PoYo but wasn't able to grab any more victories after he lost to Ret again by a score of 0-2 and took 4th place.

On June 16, 2012 he entered the 2012 Dreamhack Open: Summer He was placed in Group 18 for the first group stage along with qxc, ZanXala, and Zendo. Although he lost to qxc, two 2-0 victories over ZanXala and Zendo were enough for him to advance to group stage 2. There he was placed in Group K with ThorZaIN, LaLush, and hamfluxx. He was able to beat all three of them and advance first in the group. In the third group stage he landed in Group A with MaNa, Naugrim, and Bly. Even though he lost to both Bly and MaNa, he had a better record (4-4) than both Bly and Naugrim allowing him to advance to the championship bracket through a three-way tie. There he faced fraer in the first round and lost 2-1.

On July, 2nd, 2012, Fnatic announced Harstem joining their academy.[1] After only five months on the academy team, Harstem got promoted to the main team in recognition of his growth and results.[2]

Although he failed to advance in the Qualifiers he was invited to ASUS ROG Summer 2012 as a replacement for Pomi. He, unfortunately, dropped in the first round after losing to TaeJa and then Protosser in Group A of the first group stage.

On September 22, 2012 Harstem entered the 2012 DreamHack Open: Valencia. He was placed in Group I in the first group stage along with VortiX, LoLvsxD, and Exodus. As he and VortiX both beat LoLvsxD and Exodus, the match between them did not need to be played and Harstem advanced to the second group stage. There he was placed in Group E with ForGG, Moon, and BlinG, and although he was able to beat BlinG he lost to Moon and ForGG and was knocked out of the tournament.

On October 20, 2012 Harstem entered the 2012 DreamHack Open Bucharest. He was placed in Group C along with Naama, nOise, and bleah. After losing to Naama, he was able to beat nOise and bleah to advance to the next group stage. In the second group stage he was placed in Group G, with Bly, ClouD, and Tarrantius, and he managed to beat all three of them to advance to the final bracket. There he would face TLO in the first round and lose 2-1.

After winning the Netherlands Qualifier, Harstem was invited to participate in the Electronic Sports World Cup 2012. He advanced out of the group stage with wins over StarNan, and Zohan, and advanced to the final bracket. There he managed to beat TomikuS 2-1, but then lost 2-1 to ForGG in the quarterfinals.

After participating in many qualifiers for the THOR Open 2012, Harstem was finally able to win the 8th Qualifier, beating AcRo, CPU, AlaStOr, and LoLvsxD for a spot. In the Main Tournament he would come last in Group B losing to Nerchio, Bischu, and Kas.

On December 15, 2012, Harstem played in the Numericable M-House Cup as a replacement for ForGG. He, unfortunately, dropped out in the Group Stage, losing in Group A to Stephano and then MarineKing.

A few days later he was invited to HomeStory Cup 6, where he also dropped in the first Group Stage, losing in Group H to Symbol and then NightEnD.

However he didn't fare very well in the Main Tournament, as he lost in the first round to KrasS. For the Group Stage he was placed in Group F with Bunny, duckdeok, and KrasS. There he would lose to Bunny and then KrasS to fall out of the tournament entirely.

The next weekend he played in HomeStory Cup 7 as an invite. Unfortunately, he dropped in the first group stage after losing to Seed and TLO.

On July 5, 2013, Harstem played in the Group Stage of the RSL Season 5. He played in Group A with Bly, ThorZaIN, and LucifroN. Although he was able to get a walkover win over ThorZaIN in the losers match, his 2 losses to Bly knocked him into third place in the group, and thus he did not advance.