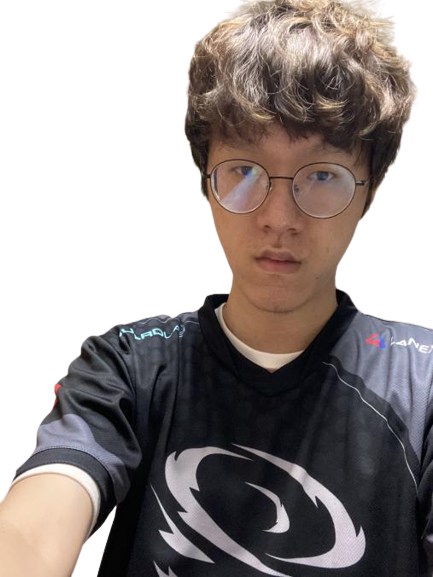 Ke "Has" Feng (born June 3, 1997) is a Taiwanese Protoss player who is currently playing for PSISTORM Gaming.

Has is currently most famous for an upset of Jaedong in the losers' match in Group D of the 2014 WCS America Season 1 Premier League - and particularly for the decisive Game 3 on Polar Night, which he won with the help of a cannon rush on Jaedong's natural expansion using only Pylons in the initial wall.[1] The strategy was successful, and the game became one of the most noteworthy in the first group stage of the tournament.

On 22 February 2015, Has competed in Group F of 2015 WCS Season 1 Premier League. Initially he lost to NaNiwa, but he then defeated Suppy and won over NaNiwa in the rematch to advance to the round of 16. In the Round of 16 group stage, played in France, Has lost 1-2 to Kane, and won 2-1 against Welmu in his first two matches. Facing Bunny in the deciding match, Has was defeated 0-2, and was eliminated from WCS Premier Season 1, finishing at 9th to 12th place. The early-aggression style showcased by Has in this round of 16 allowed for games different from the usual, which was met positively by users of the StarCraft subreddit,[2] and also caused laughs from Kaelaris while he was casting one of Has's games.[3]

During March of 2016, Has finished in the top 16 of 2016 WCS Winter Circuit Championship after beating Bunny in the first round, and losing to FireCake in the second round.

On May of the same year, Has again finished in the top 16 of 2016 WCS Spring Circuit Championship.

In November 2016, he stated in a Taiwanese forum that he had left yoe Flash Wolves, and started studying, only playing StarCraft II occasionally.[4]

A year later, Has became the runner up in 2018 WCS Valencia by defeating Elazer, SpeCial, Kelazhur, Nerchio, and ShoWTimE. With the points accumulated over qualifiers and his run at Valencia, Has became qualified for 2018 WCS Global Finals as the 6th seed in WCS Circuit standing. He however could not advance further in the group stage of the Global Playoff.

Has is an extremely aggressive player who will not hesitate to use all-ins for the majority of his games, whether on ladder, during practice, or in televised tournament matches[5]. Indeed, one of his claims to fame was the infamous Polar Night Cannon Rush against Brood War legend Jaedong in WCS America 2014 [6]. In China and Taiwan, Has is considered to be the "foremost innovator" of cheese strategies. He is also considered a pioneer of the Mass Oracle strategy in PvZ[7], especially in the Chinese/Taiwanese scene.

Televised matches in China involving Has regularly result in casters commentating on what kind of "dog" strategies will be shown[8], much to the amusement of fans.