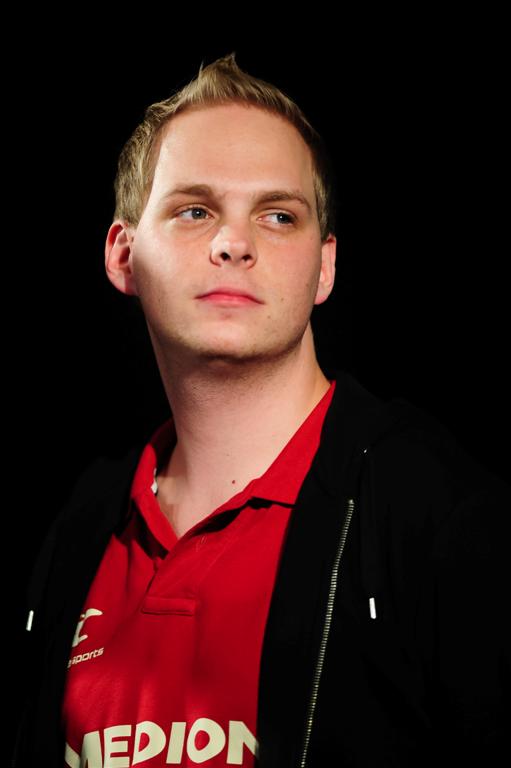 HasuObs was the Captain of Team Germany - Germany's national team, and also commentates games for the ESL at times.

HasuObs' play is characterized by a preference for High Templar over Colossi, stating: My style overall vs terran is definitely High Templar based. I just love to use Storms and Feedback. Colossus are quite boring to play, thats why I prefer HTs.[1] He is known for his standard play. Relying on his micro and macro to outclass his opponents rather than mind games or gimmicky play. He has excellent micro, which is showcased in his Blink Stalker usage.

In the StarCraft II beta, HasuObs was positioned in the Platinum League (Division 5), ranked first with a record of 260-144.[2]

HasuObs was among the 10 invitees to the IEM Season V - Global Challenge Cologne, the first major live StarCraft event in Europe. He also qualified for the first StarCraft II EPS in Germany.

HasuObs qualified for the TSL3 by fighting his way to the top of the 8th, and final, qualifier, besting McLeod in the finals. He upset HuK in the round of 32, then knocked out teammate MorroW in the round of 16 and also bested the Emperor himself, BoxeR, in the round of 8. In the Semi finals he was defeated 1-4 by NaNiwa and eventually finished 4th after losing 2-4 to Kas in the Bronze match.

He was announced as a seed in the season 1 of the NASL.

HasuObs fought through the NASL and made it into the finals event where he was up against Moon. There (after a humorous incident involving Rachel "SeltzerPlease" Quirico calling him "HasuOrbs") he was defeated 2-0 in the round of 16.

On September 25, he won the German MLG Orlando 2011 Qualifier by defeating Honor 3-1, which gained him a place in the MLG Orlando open bracket as well as flight and accommodations.[3]

In the IEM Season VI - Global Challenge Guangzhou he finished 2nd in his group only losing to PuMa and advanced to the playoffs. There he won 3-2 against DIMAGA before dropping 2-3 against Elfi. He ended up placing fourth after losing to PuMa in the third place match.

In October 2011, HasuObs enjoyed his spot in 2011 MLG Orlando by competing in the open bracket. He was knocked-out in semifinals by SaSe, and therefore fell in the open bracket losers, where he was immediately eliminated by White-Ra.

In the second season of the NASL, HasuObs again made it to the finals. He finished his division second with a record of 5-2. In the finals, he upset HuK and advanced to the round of 8, where he was swept 0-3 by HerO.

HasuObs won the 20th season of EPS by defeating his team mate biGs in the finals 3-1.

In September 2012 HasuObs won the EPS Berlin Open an offline tournament organized by Electronic Sports League, which took place at IFA in Berlin with 3-1 over sLivko.

From June 2 to June 3, 2012, HasuObs participated in the World Championship Series 2012 Germany. After defeating AcRo, TLO, KrasS, and Socke, HasuObs grabbed 2nd place by a score of 1-2, 0-2 after losing to Socke because Socke made it through the losers round and faced HasuObs in the finals.

On 22 November 2012 HasuObs participated in IEM Season VII - Singapore, replacing KiLLeR who was not participating. Placed into group A he went 3:2 (6-4 on maps) allowing him to advance to the round of 12. Here he was knocked out of the competition, losing 0:3 to Zenio.

On 9 June 2015 HasuObs retired from his career in RTS to pursue a career in Blizzard's MOBA title, Heroes of the Storm. He joined team Well Met after leaving Mousesports where he spent more than a decade playing Warcraft III and Starcraft II.[4]