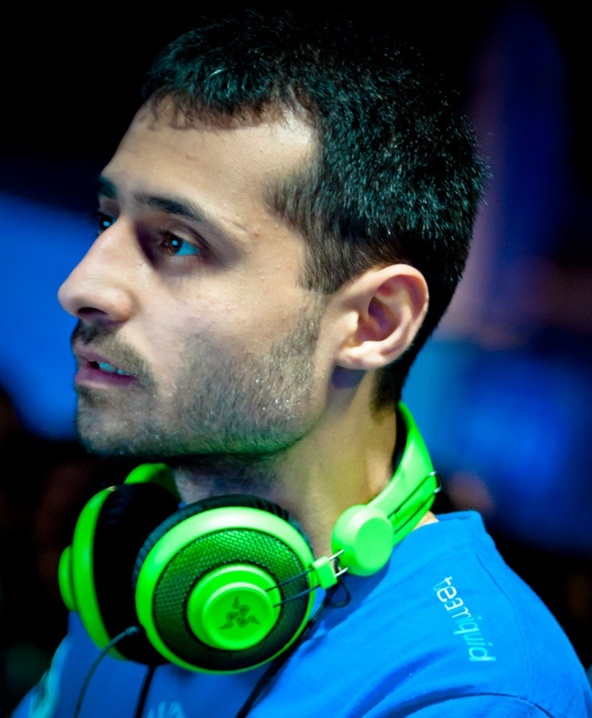 Hayder "HayprO" Hussein is a retired professional StarCraft II and Brood War player from Sweden. He played two races in Brood War, Terran and Zerg, and is mostly known for winning three DreamHack events in Sweden in 2007, 2008, and 2010 for BW.

In the StarCraft II beta, HayprO was one of the highest rated Zerg players on European servers. In the TeamLiquid SC2 Invitational 1 he placed 4th (lost to Nazgul for the 3rd place match) and won Zotac cup #5 by winning over iG.Slider. HayprO joined with Mousesports at the start of the beta to strengthen their Zerg lineup.[2] After the end of the first Beta Period he joined Team Liquid.[3]

After a European tour alongside TLO, HayprO returned to Korea as one of the four foreigners invited into the Code A competition for 2011 GSL March. He was joined by mOOnGLaDe and teammates, HuK and Ret. HayprO would yet again be defeated in the first round 0-2, this time by GanZi. Both sets would play out similarly with HayprO eventually unable to secure late game expansions.

HayprO participated in the MLG Dallas 2010 Pro Circuit National Championships but was knocked to the losers bracket early by ROOTDrewbie.

After being eliminated from Code A, HayprO left Korea to join the Progaming House in Stockholm, where he lived with players such as TLO, MorroW and SjoW.[4]

HayprO played in MLG Orlando where he placed third in his group, losing to only IdrA and MarineKing. In the Championship Bracket, he would lose in the first round to Polt.

HayprO had an impressive run through MLG Providence. Being seeded into the championship bracket based on past MLG performance, he initially was defeated by Leenock 0-2, but then he made his way through Vile Gaming's Illusion (not to be confused with Illusion), SeleCT, KiWiKaKi, and NesTea, before finally being stopped by Mvp 1-2, ultimately taking 7th place after winning his consolation match with IdrA via forfeit. He would be the highest placing Liquid player at Providence, followed by HerO who finished 11th.

HayprO spent time living with Nazgul, during which he was invited to attend HomeStory Cup IV, but failed to get out of the first group stage with losses against HerO, KawaiiRice and Naama.

On July 21, 2012, HayprO participated in the IPL 5 European Satellite Qualifiers. HayprO received a BYE in round one and then went on to take down RiSK in order to advance in to the finals to face DarKFoRcE. In the finals, HayprO defeated DarKFoRcE by a score of 2-0 and was able to take first place. His first place finish qualified him for the IGN ProLeague Season 5.

In January 2012, HayprO announced[5] that he would be returning to Korea, to reside and train in the oGs-TL house.[6]