Hellbat (Legacy of the Void)

This article covers the current multiplayer version of this unit. For another version see Hellbat (Heart of the Swarm). 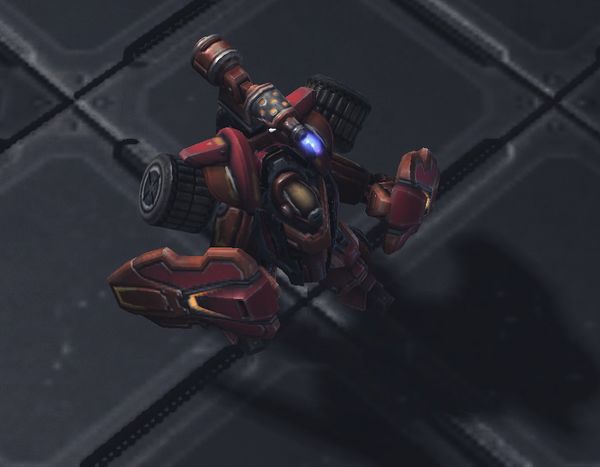 A tough melee-range unit with conical splash damage. After finishing an Armory Hellbats can be produced from the Factory or transformed from and into the Hellion (transformation takes 3 seconds).

Hellbats are slower, moving about half as fast, but have 45 more health (50% more) and almost triple the damage against most units.

The Hellbat can be healed by both a gang of SCVs, which can also heal Hellions, and Medivacs that can target one Hellbat at once but not by multiple Medivacs; so no need to produce an excessive number to heal.

The Smart Servos upgrade reduces the time required to transform into a Hellion from 2.86-3.04 seconds to 1.43 seconds.