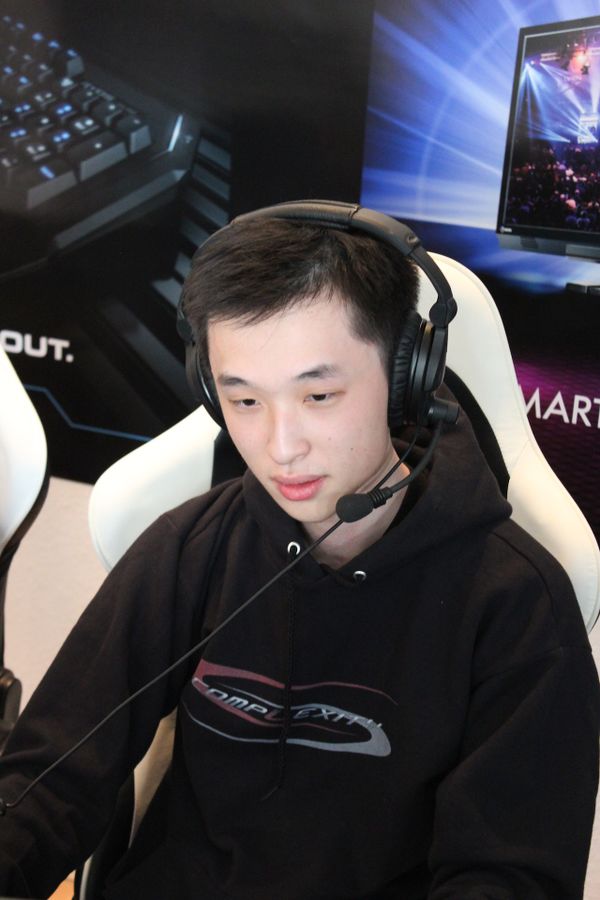 Henry "hendralisk" Zheng was a Canadian Zerg player through Wings of Liberty and Heart of the Swarm, best known as a member of compLexity Gaming.

hendralisk qualified for the 2012 StarCraft II World Championship Series Canada Nationals through the CSL qualifier.[1] In the WCS: Canada nationals hendralisk did not qualify for WCS: NA.

On August 4, 2012, hendralisk participated in the IPL5 Amateur Satellite Qualifiers. hendralisk defeated Ero-Sennin, IceCream, and detour in order to advance in to the finals to face Sasquatch. After defeating Sasquatch by a score of 2-0, hendralisk was able to qualify for the IGN ProLeague Season 5.[2]

On August 24–25, hendralisk defeated MaximusBlack, Goswser, KawaiiRice, and Fitzyhere, before falling to EifeR 2-1 in the winners bracket final for deciding who goes on to pool play. Fell to HwangSin 2-1 in losers bracket final determining who would move on to championship bracket.

hendralisk finished 1st in the 1st, out of 3, offline qualifier for WCG in China, beating CombatEX with a 3-2 score in the final match.[4]

With the 1st place qualification, hendralisk won a paid trip to Kunshan China to compete in the Grand Final.[5]

hendralisk qualified to play in the World Cyber Games 2012 Grand Final in China. He was placed into Group D, but even though he was able to win against Capoch and Jim, he didn't make it out of his group, placing 5th in the group with a score of 2-3.

On March 31, 2013, hendralisk's team contract with Monomaniac eSports ended and he was left teamless.[6]

hendralisk took third place in the North American Homestory Cup Qualifiers, defeating players such as puCK, Polt, and State to qualify for the main tournament on June 20, 2013 in Krefeld, Germany. He was unable to take a map in his Round of 32 group, going 0-4 against Snute and HasuObs.

From July 13 to July 14, 2013, hendralisk participated in the Canadian tournament Icy Cup. He defeated drunkenboi 2-1, TubbyTheFat 2-0, and MaSa 2-0 to reach the grand final. However, MaSa came back from the loser's bracket and defeated hendralisk in two straight matches going 4-0 in maps to relegate hendralisk to 2nd place.

At the 2013 MLG Summer Invite, starting on July 20, 2013, hendralisk reached the semifinals, defeating ROOT Gaming players Kane and Minigun, before falling to HuK.