Hive (Legacy of the Void)

This article covers the current multiplayer version of this building. For other versions see Hive (Heart of the Swarm) and Hive (Wings of Liberty). 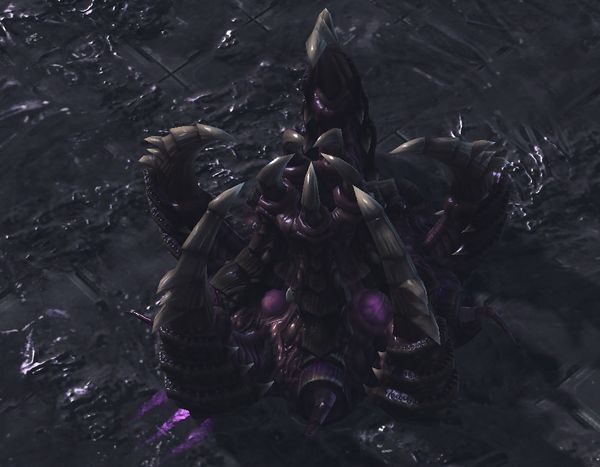 The Hive is the final upgrade to the Hatchery that unlocks the Zerg players tier-three buildings. To upgrade to Hive, you must have already upgraded to a Lair as well as built an Infestation Pit. The Hive has more health than the Lair or Hatchery. Upon the completion of the Hive, the Zerg player will have the ability to make an Ultralisk Cavern and a Greater Spire, as well as morph in Vipers (which do not need another building other than the Hive). These two buildings give the Zerg player great options as they unlock the Zerg's strongest air and ground units in the Brood Lord and the Ultralisk. The Hive also unlocks all level 3 unit upgrades at Evolution Chamber and Spire, allows Adrenal Glands to be researched at the Spawning Pool, and allows Adaptive Talons and Seismic Spines at the Lurker Den.