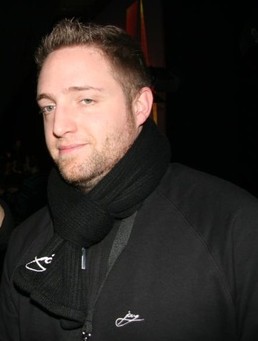 Sebastian "HomerJ" Schenck started out doing commentary for StarCraft II during the closed beta in March 2010. He uploaded his first VOD on YouTube, and said that after 12 years in the Brood War scene, he wanted to pay something back to the community. After a short period of time he became very popular in the German community due his unique style, which is focused on entertaining the audience and not deep tactic analysis. He started to do some live commentary, including Go4SC2 Cup and CraftCup US & EU. After a few weeks, some fans offered to help him out, and they started to build up their own homepage and forum for the community. The homepage went online on the 30th of May 2010. Since then the site has grown very popular, and, with over 32,000 registered users, it's one of the biggest StarCraft II communities in Germany.

On October 13, 2010, he announced to his community that he had quit his former job and decided to become a full-time caster and that all content he produces will be free for the audience. He founded HomerJ eSport Entertainment in short order to get a professional profile for sponsors and investors, and started a cooperation with the online shop YouWare in order to sell merchandise. In April 2011, that cooperation was cancelled due the bad costumer service. Shortly after that, he announced on May 22 his own webshop elbster.de. On top of that, he founded the Schenck Media Group as a parent company for HomerJ eSport Entertainment and elbster.de. On June 22, HomerJ.de got its own VOD section where HomerJ uploads all of his VODs. This was done due his problems with getting a YouTube partnership, and he didn't want to depend on YouTube so much.

In February 2011, he announced that he decided to set up his own office and studio to make his casts more professional and have more space for guests. The Studio is located in Hamburg, Germany. After several months of planning, he finally went live for the first time on September 25, when he cast the German MLG Orlando Qualifier.

Since Dezember 2010 HomerJ has organized more than nine SC2 cups:

The ESET Summer Masters cup had an offline Final at the Gamescom 2011 in Cologne. Additionally, HomerJ also casted some cups on a weekly basis, such as the 4Players.de Close Combat Cup by '4Players Liga' and the Cyborg Cup by sc2-inside.com and sponsored by Cyborg Gaming. He also started the Theory Series, in which he explained different tactics with TLO. Due to TLO's participation in the GSL, the series was cancelled after two episodes. HomerJ also casted the showmatches on the official Blizzard Stage at Gamescom 2010, 2011 and 2012.[1][2]

He did a documentary of DreamHack Winter 2010 called 'The Road to Sweden'. He is also doing some Let's Play to open up to a wider audience, and he produces a podcasts with some of his team members on a weekly basis.

On September 25, 2011, he went live for the first time from his own studio with the German MLG Orlando Qualifier, which was organized by Sport1Games.

On October 21, 2011, he casted together with TaKe the IFNG Hamburg, where the quarterfinals of the EPS Winter Season 2011 were held.

His next upcoming event will be the Elbster Cup sponsored by his own webshop elbster.de.

The ESET Winter Masters 2012 had an offline final in Hamburg on 21 January 2013 with players like Tarrantius and GoOdy. Also, Honor co-hosted the event.