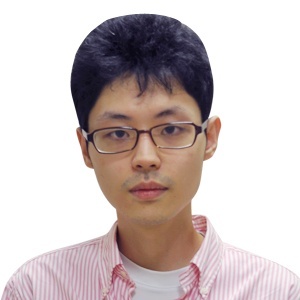 Ahn "HongUn" Hong Wook is a retired Protoss player from South Korea, remembered for his success in the early seasons of the GSL with two 3-4th place finishes and known for being one of the few Protoss players to incorporate the Carrier. On June 26, 2012 HongUn announced his retirement from competitive StarCraft II[1]

HongUn has been able to qualify for all of the GOMTV Global Starcraft II League Open seasons, the only Protoss player on the Prime team to do so. In the first season he was able to qualify for S-Class making it to the quarterfinals before losing to oGsEnsnare. The following season, HongUn was defeated by Kyrix in the Round of 64 in what many considered an upset at the time. HongUn qualified for GSL Season 3. After he defeated FruitDealer in the Round of 8, he alongside oGsMC became the first Protoss players to reach the final 4 in any GSL. He would try a variety of different builds in the semifinals but ultimately lose 2-4 to Rain.

In 2011, for the first Code S tournament in January, HongUn would be sent to the Up and Down Matches after falling 1-2 in the group stages to Hyperdub. He managed to fend off Moon, 2-1, and retain his Code S status for the proceeding tournament. HongUn would make a fairly deep run into GSL March, taking out players such as TOP and Jinro before being swept by MC in the Round of 8. HongUn would continue to struggle with early exits in the proceeding GSLs but always managed to remain in Code S. He would see a surprising resurgence during the GSL July season where he eliminated MC 3-1 in a rematch at the Round of 8 with heavy 4gate usage. He would be swiftly eliminated 0-3 by NesTea in the semifinals.

In GSL October, HongUn placed last in his group with a score of 0-2, therefore needing to play in the Up and Down Matches. There, he would place last, beating only KeeN, therefore dropping down to Code A for the first time.

The next season, GSL November, HongUn lost his first match 1-2 against Luvsic, and therefore lost his Code A status.

On May 27, 2012 Hongun participated in the GSL Season 3 qualifiers where he defeated Journey in the finals of his bracket and re qualified for the GSL. In the first round of 2012 Global StarCraft II League Season 3 Code A he faced MMA and was defeated 2-0. Shortly after the match HongUn announced his retirement from professional StarCraft II[1]

It was announced on Sept 16th that HongUn would be participating at MLG Orlando as part of the GSL-MLG Exchange Program.[4] He would place third in his group losing to Ret and TheStC. In the Championship Bracket, HongUn would beat HerO and July before falling to IdrA 0-2.