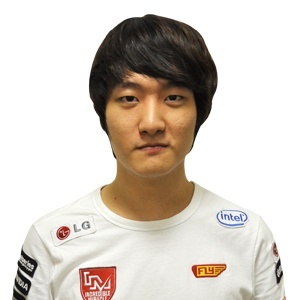 horror played in the Grand Final of the IPL Team Arena Challenge 1 in the match vs mousesports where he won over MaNa and ThorZaIN.

horror took part in the Esports Weekly Match 1 where he lost only in the Final to Noblesse. During the tournament horror won over such players as Whale, HuK, Freaky and Jinro.

horror made his debut for the team Incredible Miracle in the 2011 GSTL Season 1 in the match vs FXOpen e-Sports where he lost to qxc.

horror also played in the 2012 GSTL Season 1 in the match vs StarTaleQ where he lost to Squirtle.

On February 5, 2012, horror participated in the EWM Season 1 Week 1. horror took down Ricgoon, Whale, HuK, Freaky, and Jinro to advance in to the finals against Noblesse. He wasn't able to advance any further and had to settle for second place after losing to Noblesse by a score of 0-2.

In 2011 horror managed to qualify for the WCG Korea 2011 National Finals where he won over Jjun but lost to HerO and in a close game to MarineKing and finished 3rd in his group.

In July 2012, Horror qualified for the World Championship Series: South Korea Nationals tournament by winning out of his preliminary bracket beating sCar 2-0, MarineKing 2-1, Shuttle 2-0, and asd 2-1.

On May 18th, 2016, Choya announced that horror would no longer be an active player and would join MVP's coaching staff.[1]