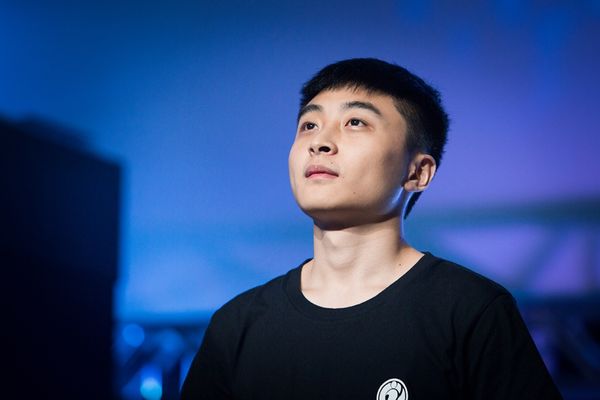 He is also known as iA.

iAsonu is an undergraduate student in Huazhong University of Science and Technology, one of the top universities in China. He has recently started working full time in the corporate sector.

iAsonu persuaded his parents that he was able to postpone his undergraduate study for one year and joined Invictus Gaming, trying to be a full-time progamer.[1]

He qualified for the 2014 WCS America Season 1 Challenger League in the Wildcard qualifier by beating most notably XY and ElhayM.iAsonu faced Arthur in the Challenger match and, despite having promising macro, fell to Arthur's aggressions 1-3, unable to advance into Premier this season.

Despite qualifying for Challenger from the Chinese qualifier, iAsonu was banned from participation in 2014 WCS Season 3 for being XY's accomplice in trading wins on ladder.[2]

He decided to continue his study following the suspension and the commence of the new academic semester in China. During his term in the university, he still kept his passion and continued practising in his spare time. It has been seen he gathered considerable rising momentum as he managed to grab two silver medals in the fierce domestic tournaments at the end of 2014, one is on National Electronic Sports Tournament 2014, the other being 2014 G-League.

Starting from the new year, iAsonu was able to participate the WCS tournament once again. He qualified for Season 1 Premier League after beating XY 3:2 in China Challenger, which gave he the opportunity of travelling abroad to attend offline tournament for the first time. Unfortunately, he was eliminated early in the Group G by two of the eventual top 4 players of the season, ShoWTimE and Hydra.

He went back to China, attending the Playoff stage of GPL 2015 Season 1. Since this season, the China Challenger of WCS has been combined with GPL Playoff Ro8. iAsonu took a clean sweep against one of the Chinese veteran, Courage. He then went on to dismiss Jim, who dominated the Chinese scene over the last two years, in the semifinal and ultimately won the tournament by beating TooDming in the Grand Final.

In the next two months, iAsonu constantly showed strong performance in local events in China. Although it was during the examination season of Chinese university, he still managed to enter the final stage of GPL once again, where he lost to Jim 1-4. After the academic semester ended, he attended the offline final of 2015 G-League and lifted the trophy after beating XY.

He beat Lilbow twice in the 1v1 mode. At last, he got the two runner-ups, one in 1v1 tournament, the other in archon mode tournament.

Although he got the ticket to 2016 DreamHack Open: Leipzig, he had to forfeit the tournament due to schedule conflict with GPL 2015 Grand Finals.

Due to the latency between China and NA server, many Chinese players forfeited the NA Server Qualifiers of 2016 WCS Winter Circuit Championship. Most of the remaining Chinese players who tried their luck got eliminated. However, iAsonu became the only one to get through the qualifier by beating Bails, State and Kelazhur.

In Katowice, before the tournament started, almost all people thought TLO was stronger than he. However, after losing the first game, at last, he won TLO by the score of 3-1. During Ro16, he didn't continue his good state and lost to Elazer by the score of 1-3.

As the invited player of Gold Series International 2016, he was eliminated in Group A after losing to PtitDrogo and Harstem.

Later, He got the ticket to 2016 DreamHack Open: Austin. After winning sWs twice, he met Kelazhur again after WCS Winter Qualifiers and WCS Spring Qualifiers. He won this opposite player by 3-0 again though He lost to puCK and got the result of Ro16 for the third time.

A week later, he felt not good and lost to uThermal by 0-3 in 2016 WCS Spring Circuit Championship.

In IEM Season XI - Shanghai, because MajOr forfeited his spot due to passport issues. iAsonu got the replacement spot against ShoWTimE. He lost to ShoWTimE by 1-3 and got eliminated in Ro16. This is the fourth time he finished in Ro16 in this year's the premier tournaments.