IEM Season IX - Toronto is the second event of IEM Season IX, organized by ESL and held at the Metro Toronto Convention Centre during FAN EXPO Canada. It marks the first IEM event in Canada in five years. It is casted by Apollo, Kaelaris, Nathanias, ToD and qxc. Game observing is done by inFeZa, and the two hosts are ReDeYe and Jarret Cale with Mal as translator.

There are 8 spots for players from all over the world divided to regions as follows:[1] 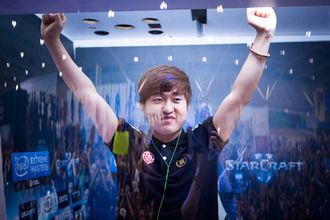 Flash moments after winning the final

Players must advance one round in order to claim WCS points for that placement. Being seeded through qualifiers counts as advancing one round.[2] 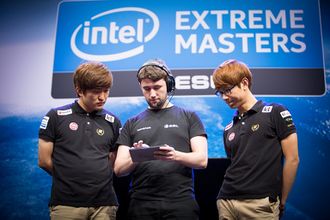 Champion Flash, ESL-admin messioso and runner-up Zest during map vetos before the final

Click [show] on the right to view the Open Brackets