IEM Season IX - World Championship is the final event of the Intel Extreme Masters Season 9. It takes place in the Spodek Arena in Katowice, Poland.

Eight spots are reserved for the winners and runners-up of the four events of the Intel Extreme Masters Season 9:[1]

The eight remaining places are decided with 3 qualifiers each played on a different server. Each qualifier is played in a single-elimination format and the number of qualifying spots is as follow:[1]

Asia & Europe get a bonus slot for being the world champion and home region respectively. 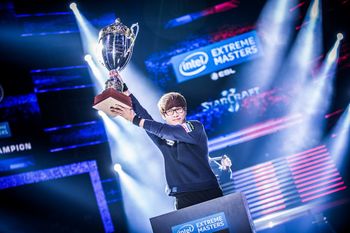 Champion Zest with his trophy

* Players must advance one round in order to claim WCS points for that placement. Being seeded through qualifiers counts as advancing one round. IEM Shenzhen, IEM Toronto, IEM San Jose and IEM Taipei do NOT count as qualifiers[2] 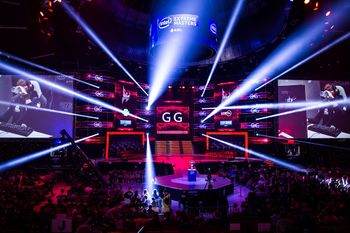