IEM Season VIII - Cologne is the fifth event of IEM Season VIII, organized by ESL and held at the ESL studios in Cologne that also host WCS Europe. It is a Tier 2 event, giving 4000 WCS points for the 2014 WCS Global Finals.[1] ReDeYe returns as host, while ESL casting regulars Apollo, Kaelaris and ToD are joined by Ret. 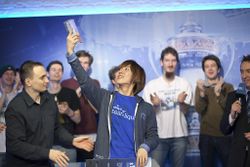 IEM director Carmac and winner HerO with the trophy

* Players must advance one round in order to claim WCS points for that placement. Being seeded through qualifiers counts as advancing one round.[2] The German ESL Pro Series did not count as a Qualifier. 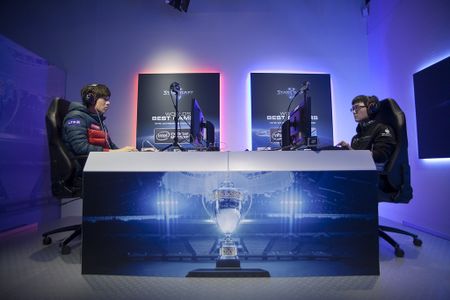 Semifinalists Rain and Polt during their match