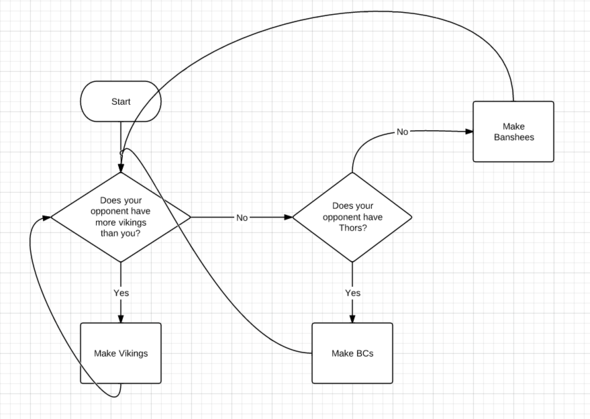 "The road to shunning tanks is not an easy one, but it is a rewarding one." iEchoic
Strategy Information
Creator(s):
iEchoic
Matchups:
TvT
Type:
Aggressive, Map Control, Counter Drop
Popularized by:
iEchoic/vileEchoic, Day 9

A counterattack style of Sky-Terran using two Factories and two Starports to harass the opponent's SCVs, while reacting to the opponent's unit composition.

Hellions are produced for ground control against Bio and counter-dropping in the enemy's base. Meanwhile, switching Starports between Tech Labs and Reactors as needed to out-produce the opponent's Viking count, and producing Banshees as the main damage-dealing unit.