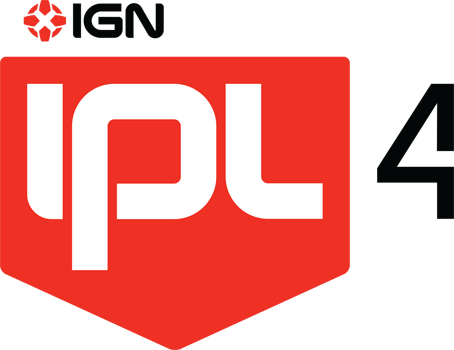 IGN ProLeague Season 4 was held at the Cosmopolitan of Las Vegas between April 6–8, 2012. With a $100,000 prize pool and the attendance of the winners of the three previous editions (IdrA, White-Ra and Stephano) as well as that of several Korean professional players, the tournament was the biggest event ever organized by IGN.

Several qualifiers were held, beginning on October 2011, in order to determine the twelve players who shall be seeded into pool play. 128 other contestants will battle it out in an open bracket at the event itself in order to try to reach pool play. A detailed list of participants can be found here.

The tournament format consists of a 128-man double-elimination open bracket, with the top 8 joining the online qualifiers and invitees on a 20-man group stage. Each person in groups is guaranteed prize money. In group stages, only two players from each group will be able to move on to an 8-man, double-elimination bracket for the championship. Every game in the group stage matters, as a player's payout is determined by each their final standing in the group. 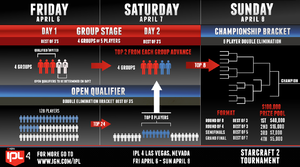 During Game 5 NesTea was unable to control his units, forcing a regame.

The 12 invitees were seeded into pool play based on their results in previous IGN ProLeagues or their results in the IPL 4 qualifiers. A list of notable players who competed in the open bracket can be found below.