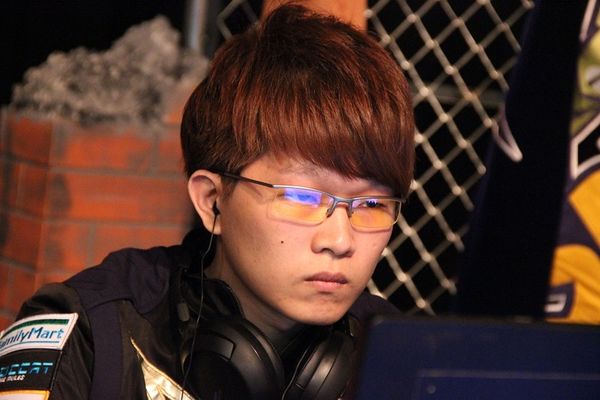 Ian first showed promise during the WCS 2012 Taiwan Nationals where he was placed in Group A with Fly, Softball and Kim. He easily passed through the first group stage with two wins against Kim and Fly. Ian had little trouble advancing through the second group stage with wins over Apro and ChiKuo. In the bracket stage he faced AK, where he was defeated 2-1. Falling to the losers bracket, he regained his footing and took two consecutive 2-0 wins against Slam and Hui. After a 2-1 victory over Wins Ian once again faced AK who had lost to eventual champion Sen. Similar to their first series, Ian lost 1-2, finishing in 3rd place and securing a seed and an all expense paid trip to the WCS 2012 Asia Final.

In the 2012 WCS Asia Finals Ian was paired against CJ Entus's herO in his opening match. He would be defeated by the Korean Protoss 2-0, sending him to the losers bracket. In the losers bracket, Ian lost to the Chinese Protoss XluoS ending his tournament run at a meager 25th-32nd.

Ian actively competed in the Tawianese eSports Team League, playing for Yoe Ironmen. He was a stable member of their roster and played in almost every match, accruing wins against players such as AK, DS and SaSe.

Ian participated in the 2013 WCS America Season 1 Qualifier, where he achieved notable wins over Cham, qxc and Zenio as well as qualified for 2013 WCS America Season 1. In Challenger league bracket stage, Ian would defeat Premier league drop-down Minigun before losing to MajOr. In the group stage, placed in a group with Jim, Jaedong and Drunkenboi, he lost his initial match against Jaedong as well as the lower bracket match against Drunkenboi, both 0-2. This placed him at fourth in his group, eliminating him from Challenger league. He did not qualify for WCS again in 2013.

Ian achieved a fourth place finish in 2012-2013 TeSL Second Half Season 1 going 8-3 in the group stage before losing to Slam and Ball. In 2012-2013 TeSL Second Half Season 2 Ian repeated his Season 1 success by placing fourth for a second time. Going 6-4 in the group stage, his wins placed him in Round 4, where he defeated Hui 3-1. In the following round, he would be swept 0-3 by Sen, and beaten 3-2 by TOP in the third place match, ending his tournament.

After placing second in the World Cyber Games 2013 Taiwanese qualifiers, Ian received a seed to the main tournament. In the group stage, he went 5-2, with his only losses to Soulkey and HasuObs. This performance earned him a spot in the quarterfinals, where he was defeated by PartinG. This would be his highest Premier tournament placing up to this point.