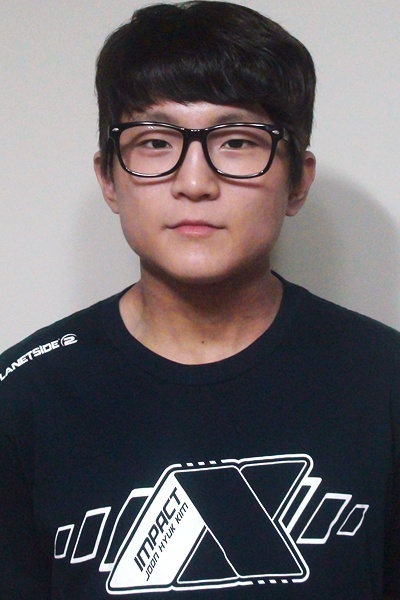 He is formerly known as "Mekia".

Impact tried to qualify for the World Cyber Games 2012 but lost to Bogus with a score of 0-2 in the Ro8 of Group 6 in the KeSPA Qualifiers.

Impact tried to qualify for the 2012 StarCraft II World Championship Series but lost to YoDa with a score of 0-2 in the Ro16 of Group G in the South Korean Preliminaries after receiving a BYE in the previous round.

Impact successfully qualified for the 2013 Season 3 WCS Korea Challenger League, advancing from Group A1 in the Qualifiers after defeating Kong he then went on to the group finals in which he lost to Hydra before taking out TurN and then Journey to qualify for Challenger League.

On October 1, 2013, Impact joined Axiom eSports.[1] His first big achievement came a few months later, with a 2nd place finish at the 2014 DreamHack Open Bucharest, defeating players such as HerO, Ryung, MC and Jaedong to reach the final, before losing 0-3 in a rather one-sided series to Life, widely regarded as the best ZvZ player in the world.

He played at Acer TeamStory Cup Season 2 with team Axiom, closing the season with a 69% win rate. During the Playoffs, in the loser's bracket final, he achieved an All-Kill against Team Liquid, beating Ret, Snute, TaeJa, TLO and, for the second time, Snute in the ace match, closing the series with a 5:0 victory for his team.

After SK Telecom T1 disbanded on October 18, 2016, it was announced that Impact would be retiring.[4] However, he did not actually retire and continued playing. In 2020, he retired for real after entering military service.