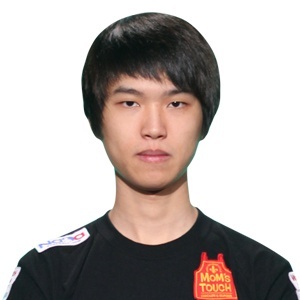 InCa started his professional career as a member of the team Old Generations. On 11 May 2012, InCa was left teamless at oGs's disbandment.[1] On 5 October 2012, he joined apeX Esports.[2] He left the team only a few weeks later, along with teammates VINES and TOP, after their announced participation at 2012 DreamHack Open: Bucharest was cancelled at the last minute.[3][4]

On 27 December 2012, it was announced that InCa joined team AZUBU.[5] He became teamless again on July 31, 2013 as he left AZUBU,[6] and retired from professional Starcraft.

InCa first gained prominence after his run in the 2010 TG Sambo Intel Starcraft II Open Season 1. He made it to the Round of 8 before losing to FruitDealer. InCa qualified again for GSL Season 2, becoming among the final Protoss players remaining in the Round of 16. He was defeated by Genius 1-2. InCa was one of the 16 invitees for the GOM TV All-Stars Invitational 2010.

InCa was surprisingly unable to qualify for the last open season, GSL 3, and partly because of this, he, alongside oGs teammate TOP attended the global DreamHack Winter 2010 tournament in Sweden.[7] InCa survived the group stages but was eliminated 1-2 by TOP himself in the Round of 16.

In the first GSL Code S tournament in January, InCa finished 3rd in his group after quickly dispatching San, but losing two sets to teammate NaDa. InCa easily defeated BanBans 2-0 in the up/down matches to keep Code S status. The following season in GSL5, InCa yet again finished 3rd in his group with a 1-2 record, with a victory over MarineKing. In the May season of GSL, InCa made it out of his group 2-1, dropping a game to Rain, and then managed a very unexpected undefeated run to the final, by defeating players such as Killer and NaDa. In the finals, however, he was be swept 0-4 by NesTea and finished second.

In the 2011 July Code S group stages, InCa lost to both Kyrix and MC. He would participate in the Up and Down Matches and be demoted to Code A after losing to aLive and KeeN.

In GSL August Round of 32, InCa had his first match versus DongRaeGu. There he went 0-2, his second loss on the new map Antiga Shipyard, and would be knocked out of Code A.

After missing GSL October, InCa qualified for GSL November. In the round of 48 InCa faced off against Noblesse beating him 2-1 and advancing to the round of 32. In the next round he was eliminated by TaeJa with a score of 2-0. InCa's placement in GSL Season 1 depended on his performance vs Polt, LosirA, Virus, and Zenio in his Up & Down matches. Fortunately for him, he managed to place second in his group with a score of 2-2, therefore being promoted to Code S.

On September 30, 2011, InCa participated in the ESV TV Korean Weekly Season 1 Weekly 11. After taking down CranK, Shuttle, GuineaPig, GuMiho and jookTo, InCa advanced in to the finals to face Sirius. In the finals, InCa defeated Sirius by a score of 4-1 and grabbed first place.