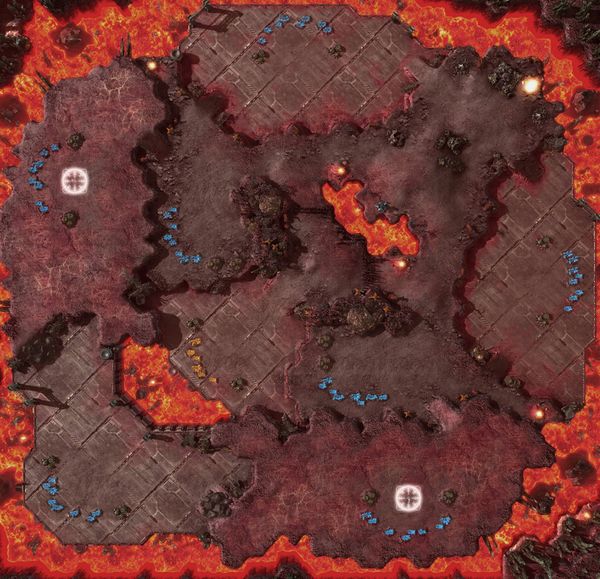 A small, two-player map with many choke points and cliffs, Incineration Zone is one of the ladder maps released in the second map-pack in the Wings of Liberty Beta and the first Volcanic tileset 1v1 map released by Blizzard. The map was removed from the ladder map pool upon the launch of StarCraft II on July 27, 2010.

One main path leads to the enemy. Use of the Watch Tower and foliage will determine victory in the main path. Rocks protect and additional path useful for surprise attacks.