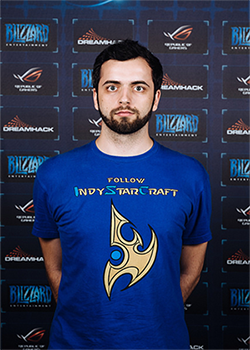 Igor "Indy" Kaczmarek is a Protoss player and commentator from Poland who is currently teamless and sponsored by Corsair.

Starting in October 2010, Indy played for small Polish clans (You Will Be Sorry, Insane Sectoids and Army from Future). He joined BLAST in April 2011. 13 months later, on July 4, 2012, he left to join Eclypsia.